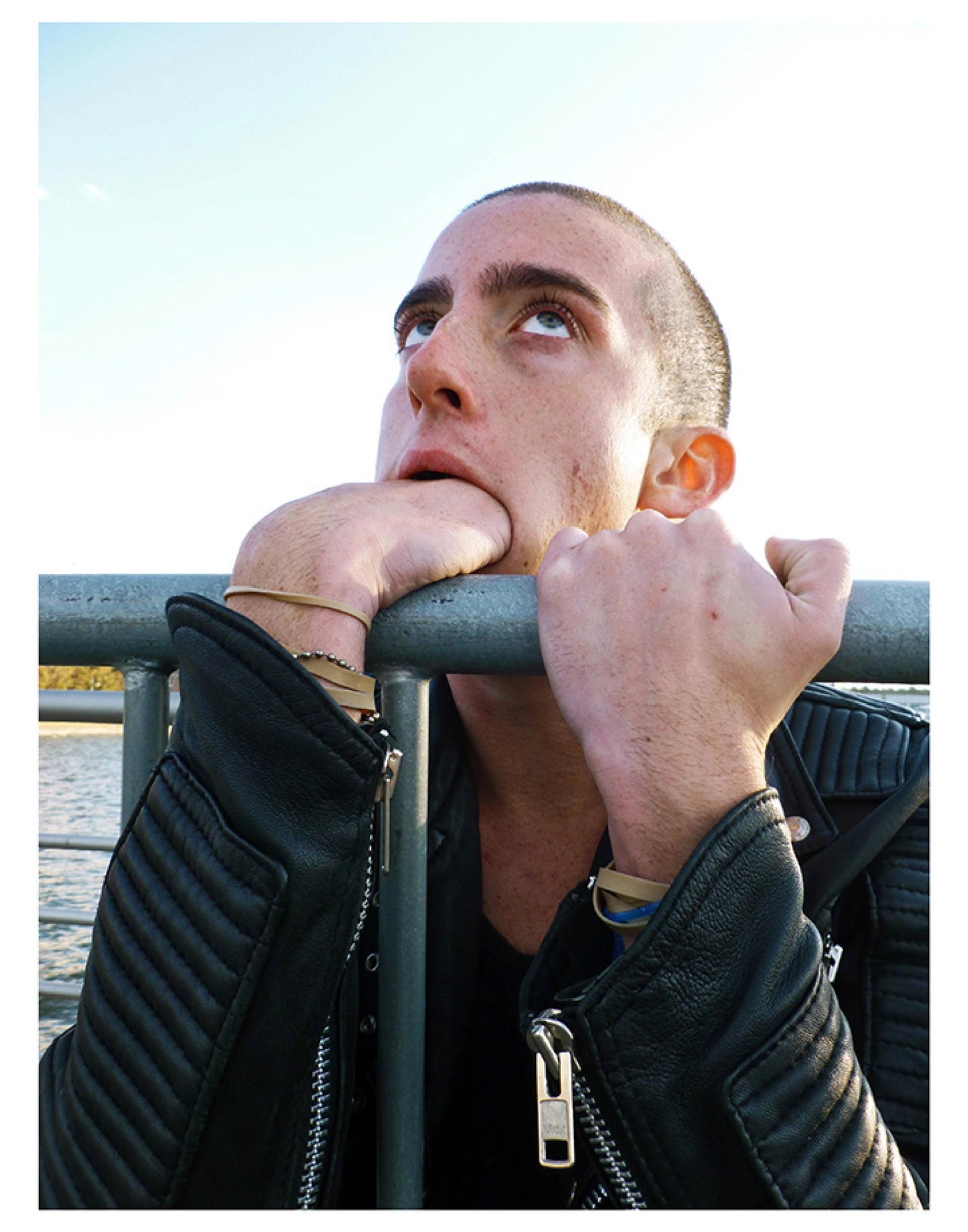 Spanning roughly two decades of photo and video work, including intimate portraits of lovers and friends alongside documentation of queer and experimental subcultures in his native Russia, in the US, and beyond, the exhibition testifies to Mogutin’s belief in the power of images as weapons against bigotry, hypocrisy, and oppression. “When they censor my work either on social media or in real life,” says the artist, “my response is always – double up on the queer, double up on the fight and what they don’t want to see.” Scroll down for a sampling of exactly that imagery, alongside a conversation with 032c executive editor Victoria Camblin, covering asylum, fashion, and the shadows of the internet.

The opening of this exhibition coincides with the banning of adult content on Tumblr. Are you a Tumblr user and if so, what platforms will you turn to or recommend that others turn to now? Particularly for young and/or non-conforming users?

I’ve been using Tumblr for many years. Up until now, it was perhaps the most liberal platform in terms of censorship and it’s very unfortunate that it too has succumbed to the pressure from the corporate moral police. It feels like the end of an era of unregulated Internet, which is not necessarily a bad thing if you consider alternative, members only or subscription platforms. It’s time for some rich, tech-savvy and socially conscious people to come up with a better, adult- and queer-friendly alternative for the grown-ups to express themselves creatively without a fear of being policed, trolled, bullied and censored online.

Do you see this ban as a symptom of regressive politics in the US? A step backwards in the limitation of platforms used for self-expression?

It is definitely a blow to the creative and fetish community, and it’s a symptom of the larger neo-conservative, neo-Victorian trend aimed at further marginalizing minorities and outcasts. Let’s face it: social media platforms now serve as surveillance, brainwashing, and data-harvesting tools rather than actual social networks. As a result we see the emergence of alternative websites and publications, independent queer zines and physical venues that fill the gap created by the virtual fragmentation and corporate policing of our community.

My work has been censored in the US just as much as in Russia, not to mention many other places around the globe. The fact that my work deals with human form, queer issues, and sexuality makes me an easy target for censors, haters, and trolls — so I’ve developed thick virtual skin, metaphorically speaking. Every time I do a show or have an opportunity to publish my work, I feel like a queer insurgent. Coming from such a conservative and homophobic place, I don’t take any freedoms or liberties for granted. I also feel like I paid my dues for the right to address the injustices and evils of Trump’s policies. I spent half of my life in the US, so I feel equally Russian and American now. I believe in building bridges not walls.

I embraced the internet as one of my preferred mediums early on. I used to have a curatorial project on Blogspot called Pinko Commie Fag Blog. For over five years I was featuring emerging queer artists who sent me their work to share, and I’ve featured talents with no presence in the institutionalized art world. Many of them became my good friends, others have vanished in the darkest corners of the dark web, and some made their way in the art world. At that time, it felt like a genuine community of people sharing their work and ideas online. Corporate takeover and censorship changed everything and ruined that virtual utopia forever. To this day, I’m way more inspired by amateur photography and the stuff people post online than I am by anything I see in art galleries. There’s more honesty and raw beauty in it, and no expectation of a material reward — beside the amount of “likes” you get.

You were the first Russian to be granted asylum in the US on the grounds of homophobic persecution, back in the 1990s. To what degree do you identify with the migrant groups seeking asylum today?

My dissident and refugee experience shaped me as an artist. I believe that immigrants bring the much-needed new blood and energy to my adopted home country. And I’m proud to know that my personal story helped many gay refugees from Russia and other parts of the former Soviet Union where homosexuality is still illegal or semi-legal.

In addition to exhibiting as an artist you have done commercial work and fashion editorials, and collaborated with fashion designers including Helmut Lang. What should the world of fashion be doing now to better contribute to global dialogues about identity and sexual politics?

The world of fashion has all the means and resources necessary to make our world a better, more hospitable place. I know plenty of young designers who are both socially conscious and politically engaged and use their work to manifest their views. At a time when people are so distrustful of politicians and so fatigued about politics, it’s easy to become an escapist, to create our own cozy utopia — a bubble ready to burst any moment. Identity politics are a part of a larger cultural debate about tolerance and universal humanistic values, and it’s an important dialogue in the current context of increasing censorship and shrinking personal freedoms.

Is it possible to be an activist in a fashion context? Is it necessary?

I believe it’s important for an artist to use all available media, tools, and platforms for self-expression and getting your message across. I’ve never compromised my views or principles, regardless of the context or any given project. Fashion as part of pop culture can be political, but politics can be also very divisive, especially now, when everything is so polarized. In my work I’m always aiming to find that balance between the personal and political, follow my heart and speak my mind without preaching to the choir or antagonizing my audience. Let them think and decide for themselves.

The World’s Biggest Gay Social Network Now Is a Publishing House, Too!

VASYA RUN: A Russian Graffiti Performance Turns into a Program for Spiritual Emancipation

Sex and Nothingness: SIBERIAN MODERNISM in the Great Eurasian Steppe