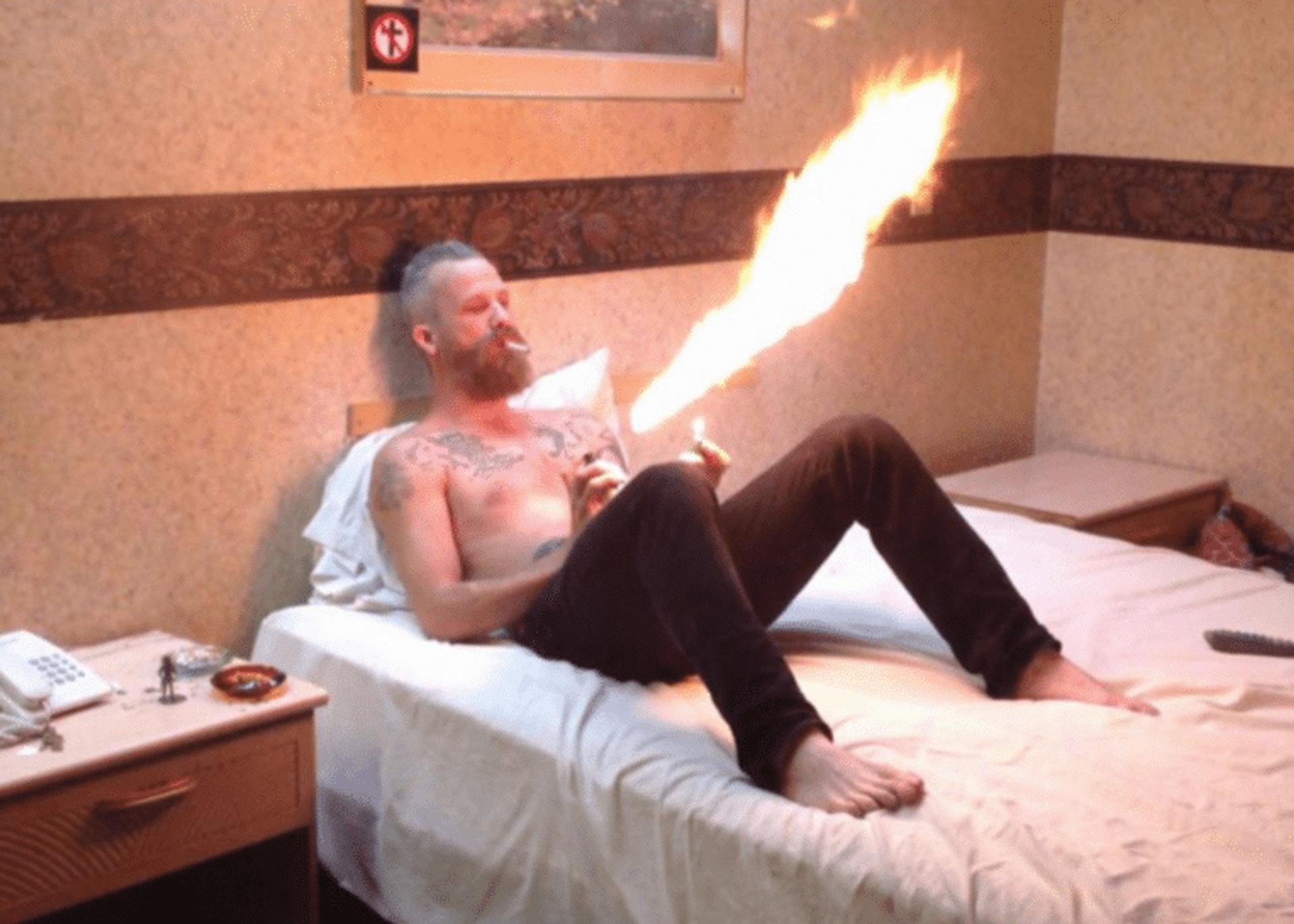 As 2017 winds down, let us leave you with the TOP 10 most popular stories published this year on 032c.com. From skate anarchy to teen fandom and fire selfies to hazy drones, this list is a journey on the road of our reader’s obsessions, paved by the clicks they leave behind.

1. JASON DILL Takes Us To Hell and Back to FUCKING AWESOME

Jason Dill’s story is an odyssey that traveled from the depths of anarchy to founding his own skate brand, Fucking Awesome. It is an appeal to the creative power of doing exactly what you want.

Read the profile by Jeremy Abbott on Jason Dill from 032c Issue 32.

2. HYPEBEAST vs. HIGHSNOBIETY: A Journey Towards the Heart of Content

“Our river is the feed. Its water is content.”

Founded as sneaker blogs in 2005, Hypebeast and Highsnobiety have quickly transformed into mega content machines. Simultaneously fuelling and gorging on a new generation’s appetite for content, they have set a rabid pace that has multinational brands following suit. To get to the core of their business anatomy, 032c’s Thom Bettridge and photographer Lukas Wassmann visited Hypebeast and Highsnobiety’s HQ in Hong Kong and Berlin, respectively.

Read our field trip report on HYPEBEAST and HIGHSNOBIETY from 032c Issue 31.

3. A Cigarette with … BILL KAULITZ

Through the success of their hit single “Durch den Monsun” [Through the Monsoon], Tokio Hotel reminded the world what true fan hysteria looks like. While regenerating from his tour for Dream Machine, the band’s lead singer Bill Kaulitz stepped outside for a cigarette break with 032c’s Eva Kelley.

Read our interview with Bill Kaulitz.

At the beginning of 2017, we lost one of the great thinkers of our time, Zygmunt Bauman. His philosophies on Liquid Modernity – the present state of our society and its transformation of Love, Work, Society, Politics, and Power – continue to be widely influential. We looked back at his legacy by pulling our interview with Bauman from 032c Issue 29.

Director Matt Lambert’s music video for Christeene’s “Butt Muscle” – an inspiration behind the namesake zine created with Rick Owens – is a fully-lubed parade of ass play. It reaches its climax when Christeene kisses Owen’s partner Michele Lamy while peeing in Owens’s mouth. 032c’s Thom Bettridge caught up with Matt Lambert to get the inside scoop on the film’s inspirations. Read more here.

6. JONAS LINDSTROEM Uploads Our Fantasies in the Film “TRUTH OR DARE”

What’s the voice of this generation? In the short film TRUTH OR DARE – 21 Performances, director and photographer Jonas Lindstroem shows us that there are multiple fantasies making up our cosmos. Comprised of 21 unique narratives sourced from the imaginary minds of a global generation, Lindstroem describes his film as a reflection on the content found on mobile devices around the world. Read about finding truth in chaos and the making of the film in Eva Kelley’s conversation with Lindstroem here.

For the past decade, a windowless concrete hall at the Prada headquarters has become an architectural gymnasium for Rem Koolhaas and his firm OMA/AMO. For 032c’s Issue 31, Jack Self traveled to Rotterdam and Milan to examine the phenomenon of the firm’s catwalks for the Italian mega-house and to speak with OMA founder Rem Koolhaas, his partner Ippolito Pestellini Laparelli, and project architects Giacomo Ardesio and Giulio Margheri. Read the interview here.

8. VIRGIL ABLOH: “Duchamp is my Lawyer.”

From his fortress of irony, designer Virgil Abloh is set on turning fashion into the industrial arm of the art world. In conversation with 032c’s Thom Bettridge, he explains how streetwear is not just a fad, but a logic inspired by Dada and destined to dominate the digital age. Read the story here.

For 032c’s Issue 32, Stefano Pilati, former head of design at Yves Saint Laurent and Zegna, teamed up with photographer Lukas Wassmann for the 18-page editorial “Energy Crisis.” The models were cast from Pilati’s inner circle and looks were selected from his personal wardrobe, making it a true family affair. Eva Kelley spoke with Pilati about the making of, his habits of dressing up, and launching his own designer label. Read the interview here.

Bianca Heuser and photographer Nadine Fraczkowski take us inside Anne Imhof’s “Angst,” a grand and opaque artwork that has drifted across the world like a low-pressure system. Read the story from Issue 31 here.