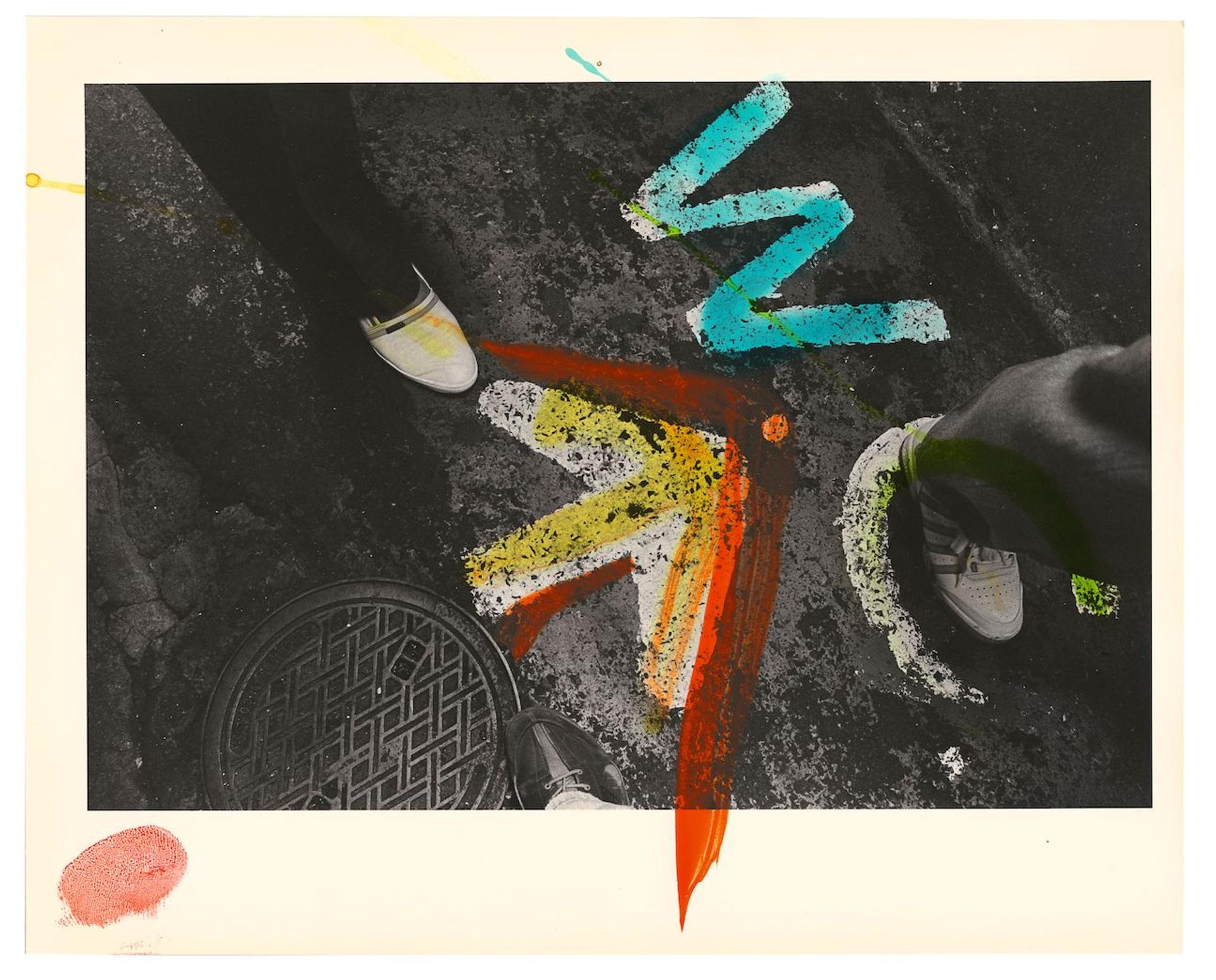 The Japanese photographer – whose 1987 book The Solitude of Ravens was once declared the greatest photobook of all time, beating Nan Goldin’s Ballad of Sexual Dependency into second place – has a further phase, however, only now coming to light. Between 1990 and early 1992, he turned his camera on the pavements around his house, making an extraordinary (and very literal) work of street photography by overlaying the painstaking, fractured roads with splashes of Day-Glo paint, applied onto the bromide prints in the darkroom. The series, Hibi, went on show for just one evening in 1992.

What do they mean? “It’s very hard for us to determine what Hibi is about,” his gallery told T Magazine. “We’ve spoken to lots of people who knew him, who didn’t know about this set of pictures. He never talked about it.”

But for a man whose work is thought of as one long act of obsessive love, broken up by selfies, these photos, splashed with red and green, streaked with purple and yellow, feel like a revelation: a liberatory moment close to what psychoanalysts like to call a breakthrough. Splashed with rave-era neon, they feel like orgasms, or purges – a loss of control so enlivening it’s violent. Sure, his so-called trademark melancholy is still there. It’s just drenched in cyan.

Tragically, this was to be one of the last of Fukase’s works: later in 1992, he slipped into a coma following a fall down barroom steps, and he died two decades later. These images have just been released by Mack in a new book, Hibi. It’s title is Japanese for crack: a break in the pavement, perhaps, or how the light gets in.