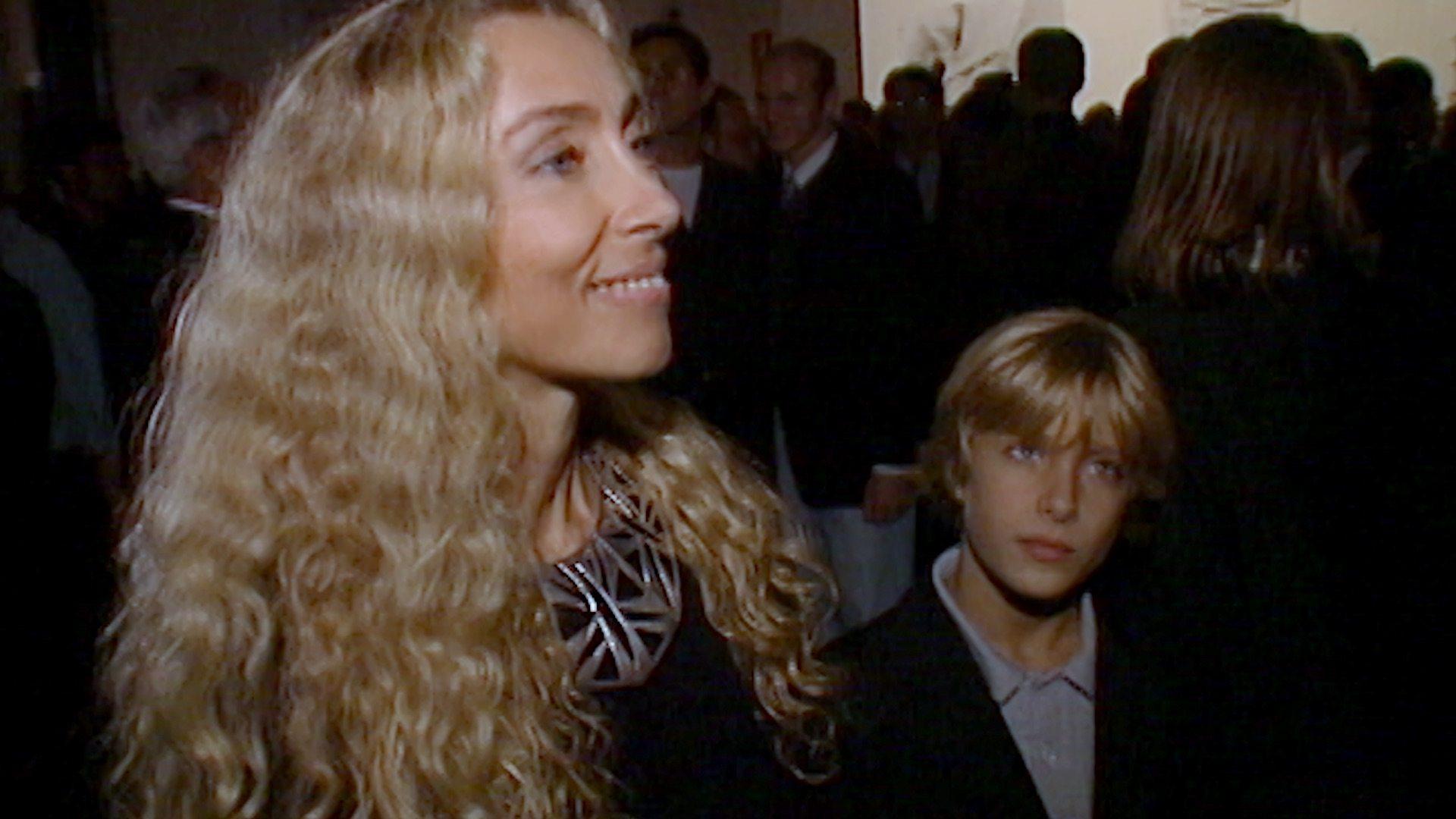 Chaos and Creation: Inside the Mind of Vogue Italia Editor FRANCA SOZZANI

Imagine the rush of heading to Venice for the 72nd Film Festival, on a train that’s more than an hour late, donning a slick suit in the railway restroom, making a dash for a water taxi to avoid missing the premiere and docking with one foot already on the red carpet. Fast and fashionable or what?

Plumes and perfumes float in the air; gorgeous women flaunt elegant dresses and jewels of all colors: turquoises, rubies, topazes and diamonds sparkle everywhere. On the way in there’s an impenetrable wall of photographers, but a service entrance allows the shy set, myself included, to avoid the barrage of flashes. One last smoke before entering, next to Eva Herzigova, who puffs away in a furry cloud.

Inside, the atmosphere stiffens: long dresses, small seats. In the second row, sleek and bored, young scions and scionesses of lofty lineage: chaps all in tuxes like daddy, maidens in long, romantic Valentino. The first row occupied by journalists dressed for ordinary everyday comfort brings all that heavenly splendor back to earth. The film starts with the obligatory half-hour delay typical of fashion shows.

Vogue Italia is famous as the world’s most experimental fashion magazine, at least that you can buy at an airport. Now, its legendary editor-in-chief Franca Sozzani has been profiled in a new documentary, Franca: Chaos and Creation.

For the project, however, Franca didn’t work with an already famous documentary filmmaker, a stranger who would have hovered around her for months. She worked with her son, the 34-year-old Francesco Carrozzini, a successful fashion photographer and filmmaker in his own right. Seen from a critical angle this was undoubtedly a strategic move, easy to pigeonhole as yet another example of “Italian nepotism.” But from a human standpoint, the familiarity was logical. Who knows her better, after all?

She herself comes from a middle class family, elegant parents, a rigid but sensitive father. The story is partially told by her, and partially by home movies of family vacations. She married at 20, asked for a divorce just three months later. After studying a philosophy degree, specialising in Germanic philology she went Vogue Bambini straight after. After, she directed Lei and Per Lui, leaving to go back to Vogue, this time the adults version.

Once at the helm, she shuffled the deck and created her own system, in both economic and stylistic terms. “When I got to Vogue […] apart from certain fashion designers, most of the people who produced clothes, who often were not even designers, didn’t understand the change,” she says in the film. “All of a sudden the magazine became minimal, ‘pen, shirt and trousers.’ It was a real revolution.” Language was an obstacle for a magazine with immediate foreign ambitions. So for Franca, it was all about images, and about stimulating her photographers to experiment and always seek new paths. At Vogue Italia, they did things they had never done for anyone else.

Sometimes the publishers, for commercial reasons, would block ideas instead of nurturing them: they wanted clear images, preferably in color, where the clothes were as vivid as possible. Yet these pressures we resisted by Franca, and as a result, Vogue Italia is famous for having broken the rules, granting maximum creative freedom to contributors. Photographers know that doing a feature for Ms. Wintour is very different than doing one for Franca. Emboldened by that freedom, Bruce Weber, Paolo Roversi and Peter Lindbergh, as well as Miles Aldridge, Tim Walker, David Bailey, Craig McDean, Ellen Von Unwerth, Helmut Newton and David LaChapelle, have all worked regularly for Franca.

The case of Steven Meisel is another matter still, who for 27 years, from 1988 to 2015, shot the covers and the main features of Vogue Italia every month. He still does, though not with the same continuity. Over the years he has given such a unique identity to the magazine that it can be seen as the most important publishing project of his career. Sometimes big stars like Madonna, Sofia Coppola, Isabella Rossellini, Nicole Richie, Eva Mendes have appeared on the Vogue Italia cover, but very rarely: for this magazine, the real protagonists have been the models, including relative unknowns. Even today, one shot by Meisel will suffice to catapult a new face into the Top 50 on models.com. This utterly Italian way of doing things has been a jackpot for some, like Christy, Carla, Linda, Cindy, Claudia, Naomi: the titans who are still on a first-name basis with the public today.

For me too, it all began with the images. I grew up looking at those photos without knowing they were making fashion history. I found myself clutching an issue of Vogue by pure chance: I remember the Gucci campaign, with the letter G shaved in pubic hair. I was just a kid with raging hormones at the time. Years later, I found out that the shot was by Testino, not Meisel, but I still remember it as the reason I bought Vogue Italia every month.

Month after month, I always found something different. It always took things to the limit, embracing controversial messages and new ideas: able to speak truth to the industry like no other title of its size. It was the first magazine to do a whole issue with only black models, as one famous example. “The idea was there, for everyone to see, but I was the only one who picked it up and did it,” Franca emphasizes. She was also the first to do an article on plus-size women, and the first to do a 3D cover. In the meantime, I was growing up with the idea that it was normal to browse through a fashion magazine inspired by Visconti and Antonioni, art, politics, current themes. It was a sort of image education, where in the end I too learned that to be sexy a photo doesn’t need to have you grasping for your fly zipper. When I understood that I too wanted to work in publishing, I began to look at all the other fashion magazines from around the world, and I thought to myself “how boring!” Only then did I realize the importance of what I had been seeing for years, unconsciously.

So the first thing I did when I reached Milan was to interview for a job at Vogue. I got it, and I stayed. I was determined and very young, and it really felt like I was in the right place. It was my first job, I had a desk in a room full of women and every morning I walked down a corridor lined with framed photographs I had seen printed in the magazine years ago, reminding me why I was there. All sorts of people passed through that corridor, from young models arriving for go-see, to Franca’s dog Lazlo, best avoided as it would bite you at the drop of a hat.

She grew up in the period when Yves Saint Laurent called the shots, a generation for whom Belle de Jour was more a style manifesto than a movie. Today, in a certain sense, she represents the typical lady from Milan: “The Milanese woman has an investment in her role as an international, cultured working woman. […] This is her elegance. To be seen, but without displaying herself,” Franca says.

As for Chaos and Creation, the film received a fine round of applause. A procession of fashion designers, actors, artists and friends lined up for hugs and kisses with Franca and Francesco. Valentino was in tears; Donatella was also moved after having seen her brother in the documentary. Many things were said, but I could only hear “È geniale, geniale!”

WHAT I DO IS WHAT I LIKE: An Archival Salute to Stefano Tonchi