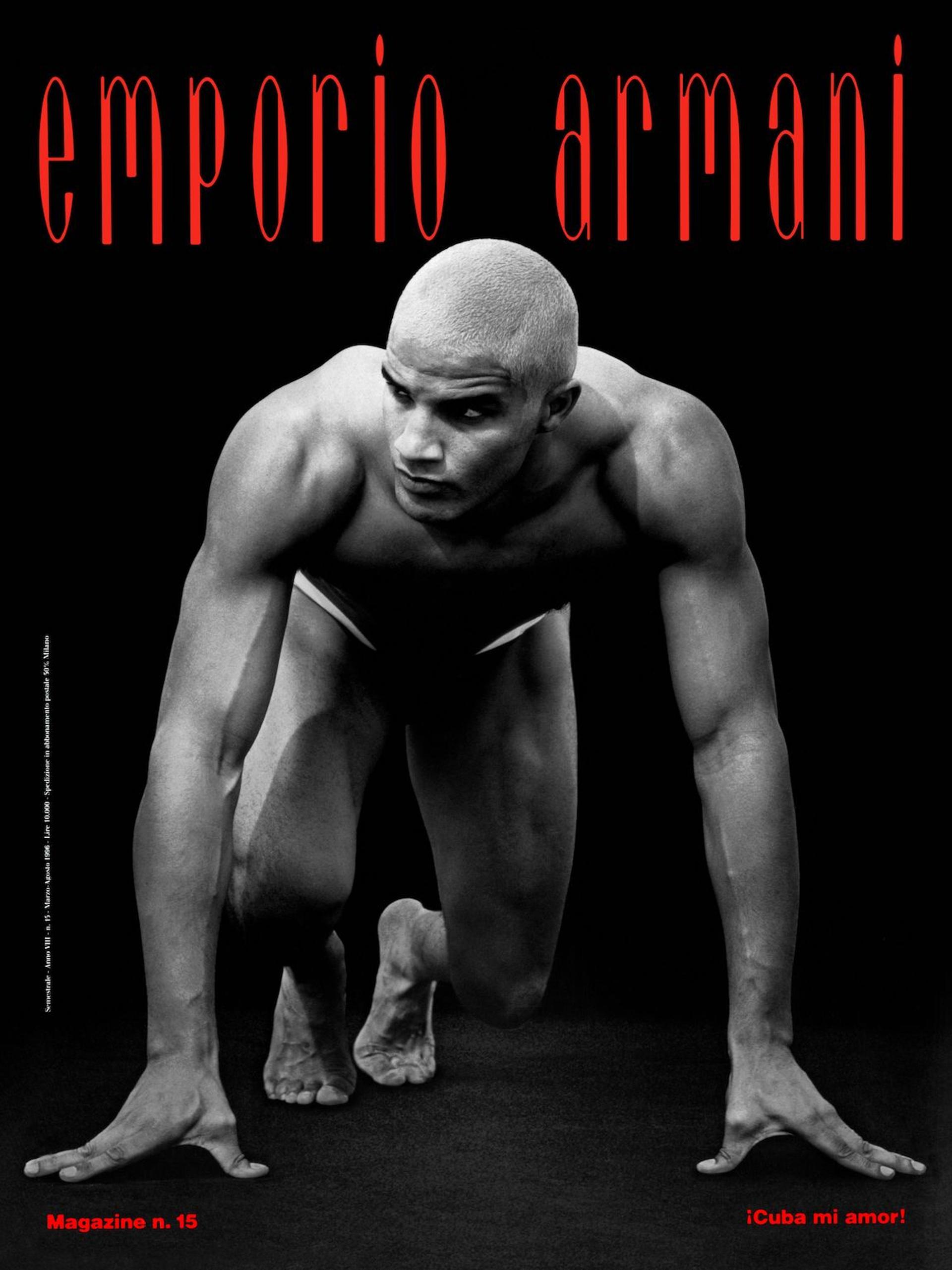 In 1988, the year Rick Astley’s “Never Gonna Give You Up” was released and one year before the fall of the Berlin Wall, Giorgio Armani launched Emporio Armani Magazine. An early forebear to the advertorial, the publication mapped out the borderless universe of a seductive and immersive lifestyle brand. Leafing through its catalogue, a certain kind of aura still wafts from its pages, a pre-9/11 innocence wrapped in cashmere. The magazine ran to 18 numbered editions – with titles such as “Rimini,” “Legends,” or “The Body” – until 1997 and featured editorials, lifestyle tips, interviews, and short stories. After a 20-year hiatus, Armani rebooted the magazine last fall.

Back-issues of Emporio Armani Magazine are a roman à clef of Armani life. They break open the shell of la dolce vita, which comes to us in glimpses like the palms of a mirage. In this world, the sky is either stormy and colored like a fresh bruise, or pleasantly tinted like the glass of an ice cold Negroni. The publication chases an elusive chic, one that dashes around corners as you turn its pages. Within Emporio Armani Magazine, very little is said about the brand itself. Rather, a multitude of elements gently pulls you into a carefully crafted lifestyle vortex. Fever dreams filled with salty skin and waifs in power suits. Couples strolling home, absorbing the light of early dawn through their slouchy sweaters. Exuberant students sipping aperitivos in a dim bistro interior, the light from the walls painting their skin an iridescent Armani greige.

Travel is central, of course. In particular, Europe’s identity, which Armani presents as uncertain and paradoxical. Snapshots of people are organized by country of origin, cataloguing the reach of the Armani spore. Here, Europe’s coastal geography is not a frontier, but an opening into other realms and continents. This is life on the brink of globalization – a point in time when all outcomes seem possible. Ice Cube tells us about violence in New York, and Björk demonstrates a selection of comfy knitwear. Wim Wenders explains the analogies between fashion and cinema, while Romy Schneider shows us where to party. Guides to New York, Marrakesh, and Berlin suddenly seem obligatory. One finds CD and book tips, as well as recommendations per la sera (Kumpelnest and Paris Bar are recommended for Berlin). These are the bespoke ingredients for the avant-garde’s pasticcio.

Nonchalance has always been Giorgio Armani’s greatest trait, one that he used with relish dressing the 80s and 90s. However, a laissez-faire attitude toward life is not necessarily a sign of headlessness. Sometimes, nonchalance acts as a life raft – one that even the most hardened ideologues may need to cling to, if only for an opportune mo- ment of unobserved recovery. It is within this blithe state of mind that we can rediscover the aspirations that led us to globalism in the first place. Even if we forgo the cashmere, its structure may somehow defrost and find a voice.