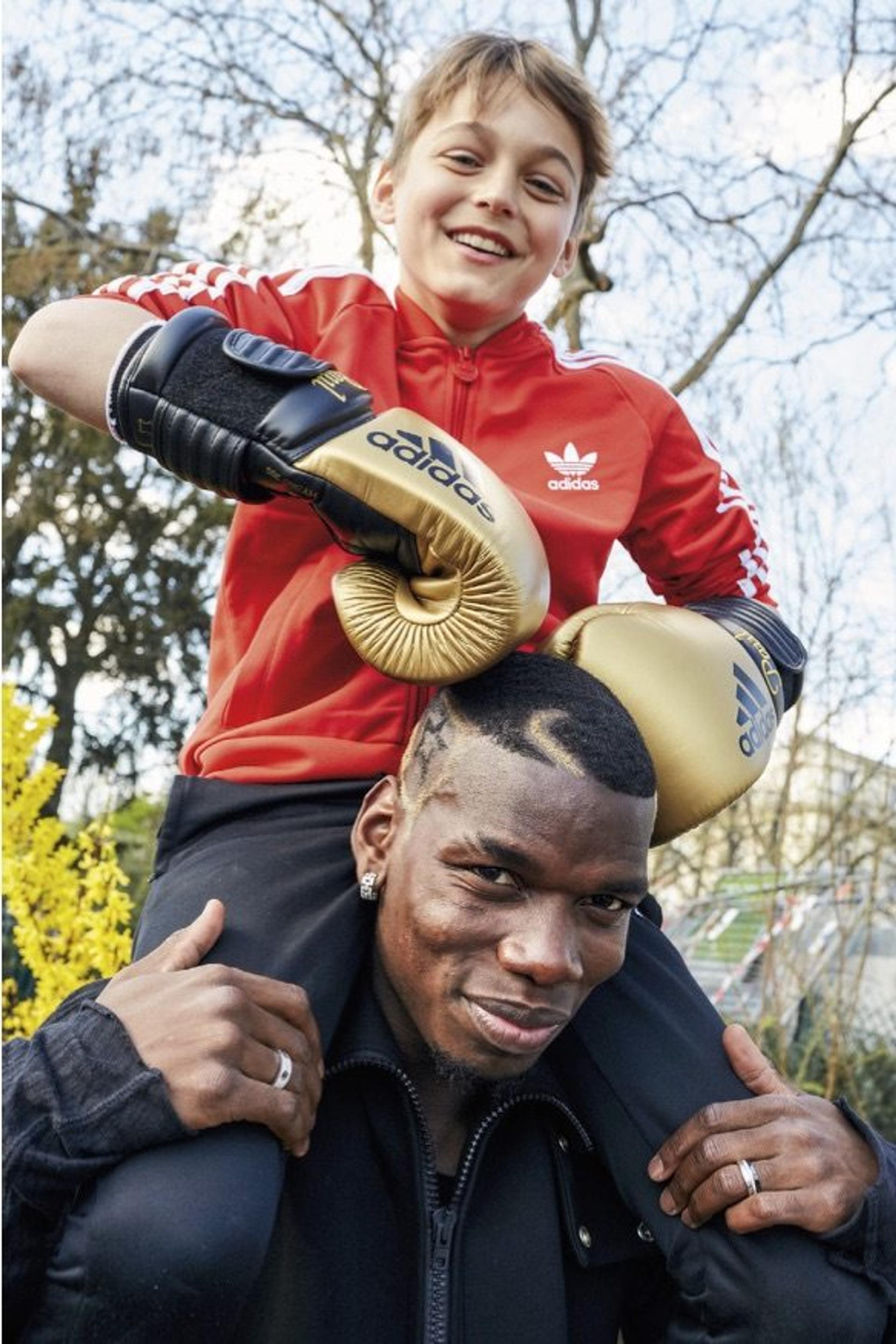 “The best is yet to come. This is Pogboom,” said rising soccer star Paul Pogba upon the release of his new Adidas boot, minted in his favorite colors after he recently signed with the brand. The black and gold-spiked Ace 16+ PureControl is packed with Icarus-like bravado – the back of one reads “POGBOOM,” the other “POGBANCE.”

The 23-year-old midfielder seems to be no stranger to gold. Having led his Juventus team to its fifth straight Serie A title, Pogba is determined to stretch the outer limits of what an endorsement can mean, “Adidas believes in my dream of building hype in the world of football.” The star’s omnipresence on the field has earned him the nickname Paul the Octopus, a name formerly carried by a real, live octopus who was said to have predicted the results of the 2010 FIFA World Cup. As Pogba gears up to play in this year’s UEFA European Championship, he no doubt hopes that the tentacles of karma will bestow good fortune on his French national team.

On the occasion of his £31 million signing with Adidas, Pogba received a visit from 032c regular Juergen Teller and his son, Ed. The Tellers are well- documented Bayern Munich fanatics, but they were able to set aside Champions League beef to spend an afternoon in Paris with the superstar. This is Pog-bromance at its finest.