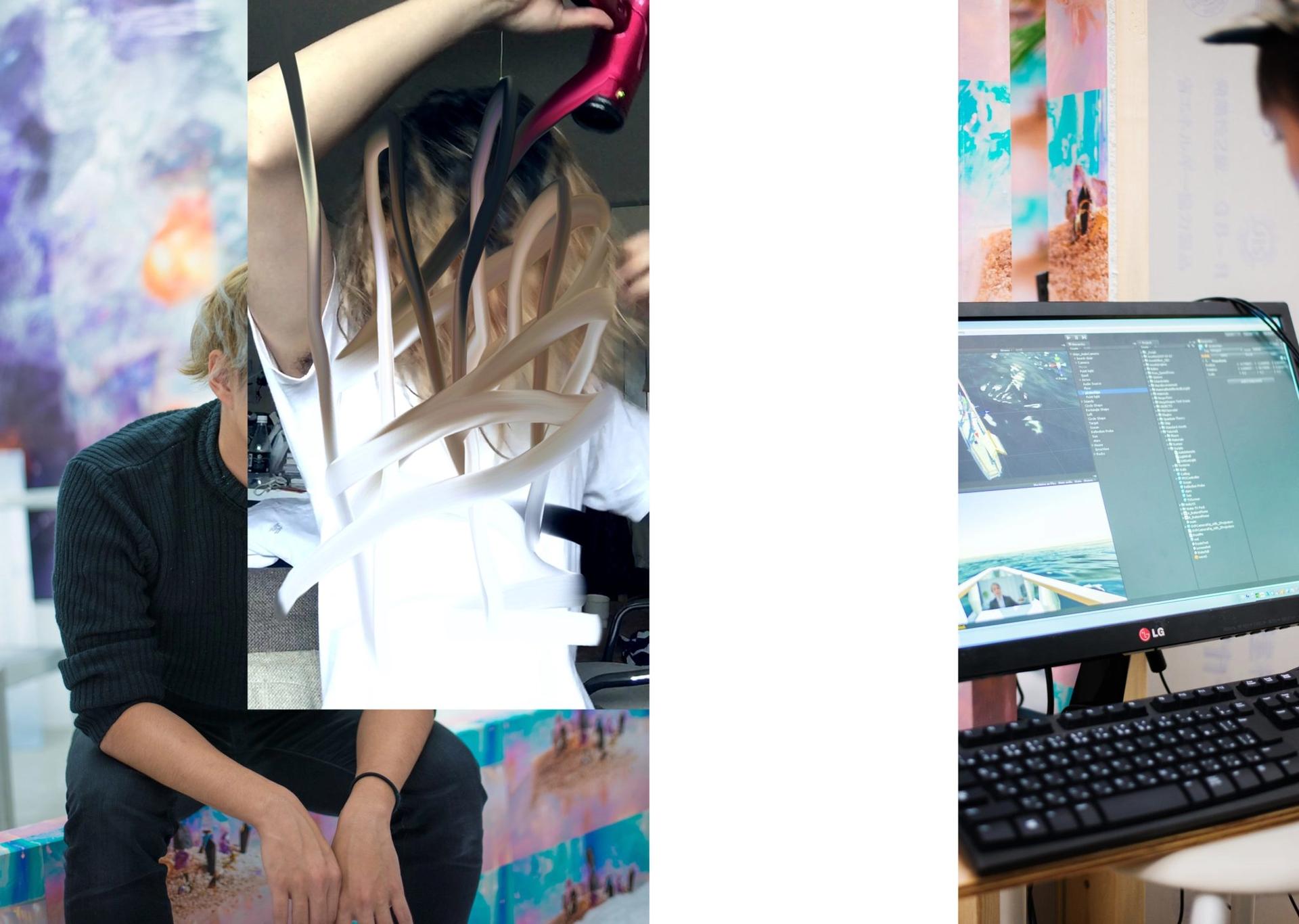 “I’ve lived in various share houses around Shibuya, and a majority of my photographs depict scenes from these spaces in the center of the city,” photographer Kenta Cobayashi explains, “Other work stems from travel around Japan and abroad, as well as experiences shared with my girlfriend – in short, they are images from everyday life. Basically, I want to approach photography in a similar vein to all those people the world over who now document life on their iPhones.”

In a photograph by Kenta Cobayashi, a boy stands with his cheek in his palm. Under his baseball cap, his face stretches and melts around the surface of his smartphone, as though the motions of his fingers on the screen are altering his own being in real time. It is an image that brings us directly to the main lesson of Cobayashi’s book Everything_1: In a moment where games like Pokémon Go have us questioning the implications of “augmented reality,” we discover that reality itself is already quite complicated.

“I think that photography is like a GUI [Graphical User Interface],” explains the Tokyo-based photographer, “The abstract concept of ‘reality’ has traditionally been too complex for human understanding. But by processing reality graphically as images, it allows us to gain some new degree of understanding of our existence.” Comprised of snapshots of friends and landscapes in Tokyo’s Shibuya district, Cobayashi’s blog-turned-book appears as a diary bathed in digital slime. Computer-generated swipe-marks serve as the guide on this safari, at times resembling painterly brushstrokes, and at other times meandering across surfaces in winding gestures of boredom. In one, the yellow light of a neon sign is dragged across the photo in a sloppy figure-eight. In another, a young man holding a book is exed-out by smudges over and over, as if the photographer were mashing Command-Z. Yet these elements of post-production find their analogue mirror in an everyday landscape punctuated by jumbled wires and bent Venetian blinds. In one picture, a girl’s face is overlayed by a barrier of violently scratched plexiglass as she presses herself against the interior of a phone booth, smiling.

Sixty years since the death of Jackson Pollock, the swipe has gone from being the foundation of Abstract Expressionism to being the core gesture of mainstream telecommunication. A swipe turns computation into a process of autographing, opening up a language much more powerful and emotional than a keyboard punch. Given the right operating system, a swipe can delete an email, sign an e-vite, and turn down a sexual advance in one motion. In this mode, the techno-sensual zone of the touchscreen serves as the interface between reality and its digital representation. This is the surface that Cobayashi’s photography occupies, capturing a world that looks perpetually more editable and made of liquid crystal.

As Rich As It’s Void: The Museum of Post Digital Cultures