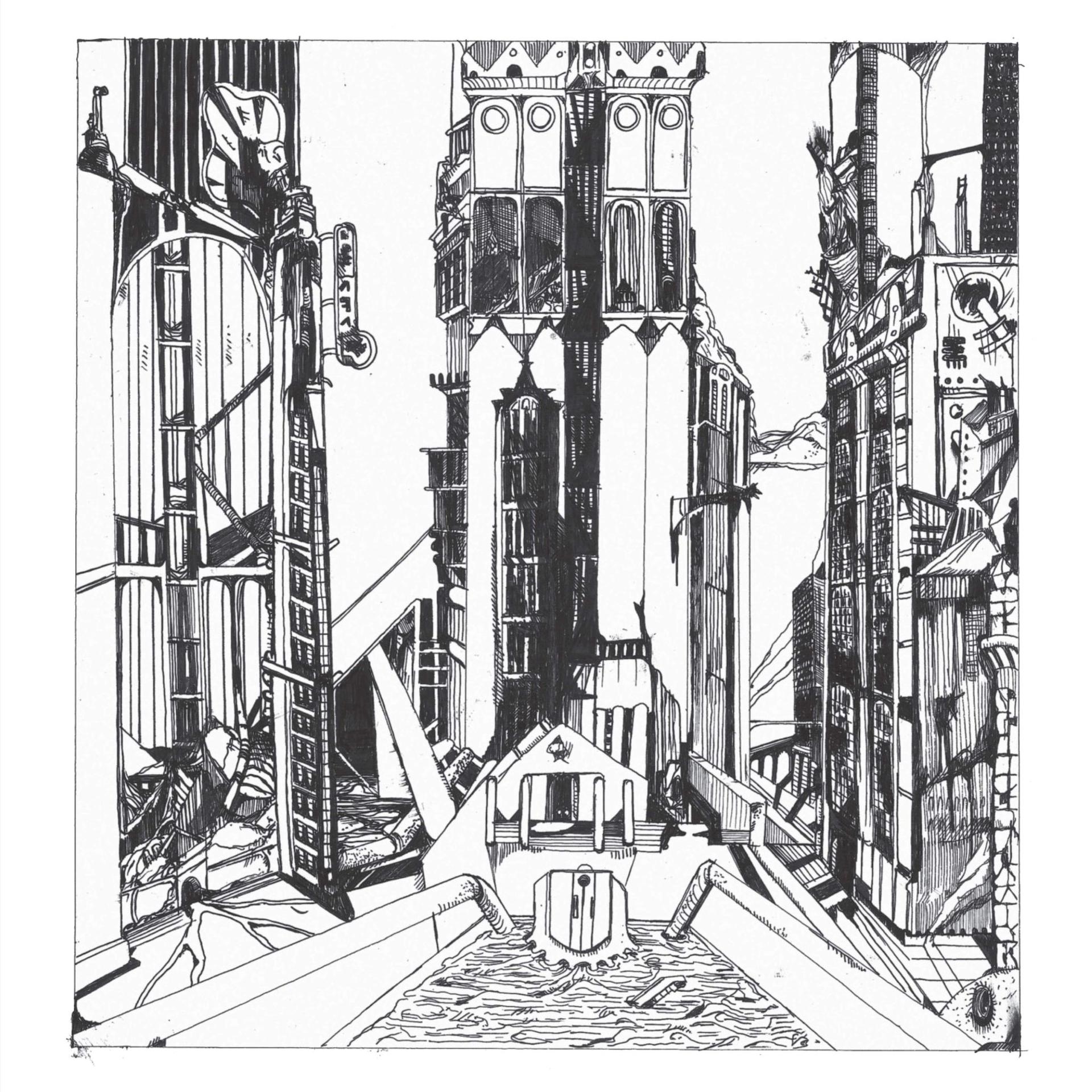 Vaghe Stelle is an Italian producer who makes music sincerely influenced by the legacy of Futurism, formal and otherwise.

Previous releases have been influenced by the work of a fellow Turin-born artist, the Futurist Giacomo Balla, and the Manifesto of Futurist Musicians, Balilla Pratella’s 1910 proclamation. Among its list of actions are “The liberation of individual musical sensibility from all imitation or influence of the past” and, this critic reports with some trepidation, “To combat the venal and ignorant critics with assiduous contempt, liberating the public from the pernicious effects of their writings.”

Swipes at music hacks not withstanding, the Futurists’ adventures in music at times risked being as laughable as they were laudable: if programmatically working beyond anything created previously is brilliant in applied or fine art, or architecture, it isn’t the easiest starting point for a musician, or even the necessarily the most appealing. Happily then, Vaghe Stelle, whose music is characterized by jagged textures and free-standing arrangements, played on decidedly analogue synths, is something of an errant futurist, albeit one that at least makes a decent stab at thinking about what tomorrow could sound like.

His new work takes influence from a futurist, written with a lower-case F, closer to our time, if further from Vaghe’s hometown: Tsutomu Nihei, a Japanese manga artist whose work depicts dread cities stretching, almost organically, to the Moon and beyond. Released on fellow forward-thinker Nicholas Jaar’s Other People label, The Full Stream Ahead is playing exclusively below. Click play, and read an interview with him underneath.

How has Italian Futurism influenced your work?

Vaghe Stelle: My previous EP, Abstract Speed + Sound, was mainly inspired by Italian Futurism: I explicitly referred to Giacomo Balla, mainly because of my own fascination for speed and movement as a vehicle for moving forward. It’s still part of my cultural background but I cannot say it continues to be my main influence. I’m expanding on the main idea of the Manifesto: I’m particularly fond of the idea of breaking with the past in order to create something new.

From many perspectives, they were very problematic: they wanted to use the war to clean the world of all the remnants of the past. I definitely don’t agree with everything they said. I instead focus my attention on their research on that has never been seen or heard before.

Technologically, much of what concerned the futurists came true: the idea of sampling the sounds of daily life to make music, say, has existed since Schaffer’s musique concrete in the 50s, and has been part of pop since the Beatles, while a machine making music is essentially what pop has been for a decade or more. One of your weapons of choice, the Juno 106, was a part of rave music: there are now children whose grandparents met listening to Human Resource, who used the synth for their tracks. What, for you, are at the outer fringes of, if you will, futuristic music? Where will music go? And what would the futurists be obsessed with if they were here today?

Vaghe Stelle: I believe that the evolution of music is highly dependent on technological innovation. Just as Luigi Russolo, while building his Intona Rumori machines could not have imagined that 70 years later, people would record sounds with computers that could fit in their pockets, it is relatively useless to imagine what new discoveries will sound like. But in my work its always essential to use technologies that produce sounds I’ve never heard before.

I’m curious about the role of architecture and design in your work. Could you explain a little more about the designs you make, and how these play a part in your output?

Vaghe Stelle: My favorite futurist building wasn’t ever built. It was impossible. It’s La Città Nuova, by Antonio Sant’Elia. But as I was producing this EP, a key inspiration was the intricate architectural megastructures illustrated by Tsutomu Nihei. I began to write music that could sonically represent his surreal, and seemingly impossible labyrinths of steel and concrete: I designed a mesh comprised of layers of hyper-real and post-robotic percussive sounds. The structures grow over each other, and replicate themselves, to make a sprawling city of skyscrapers.