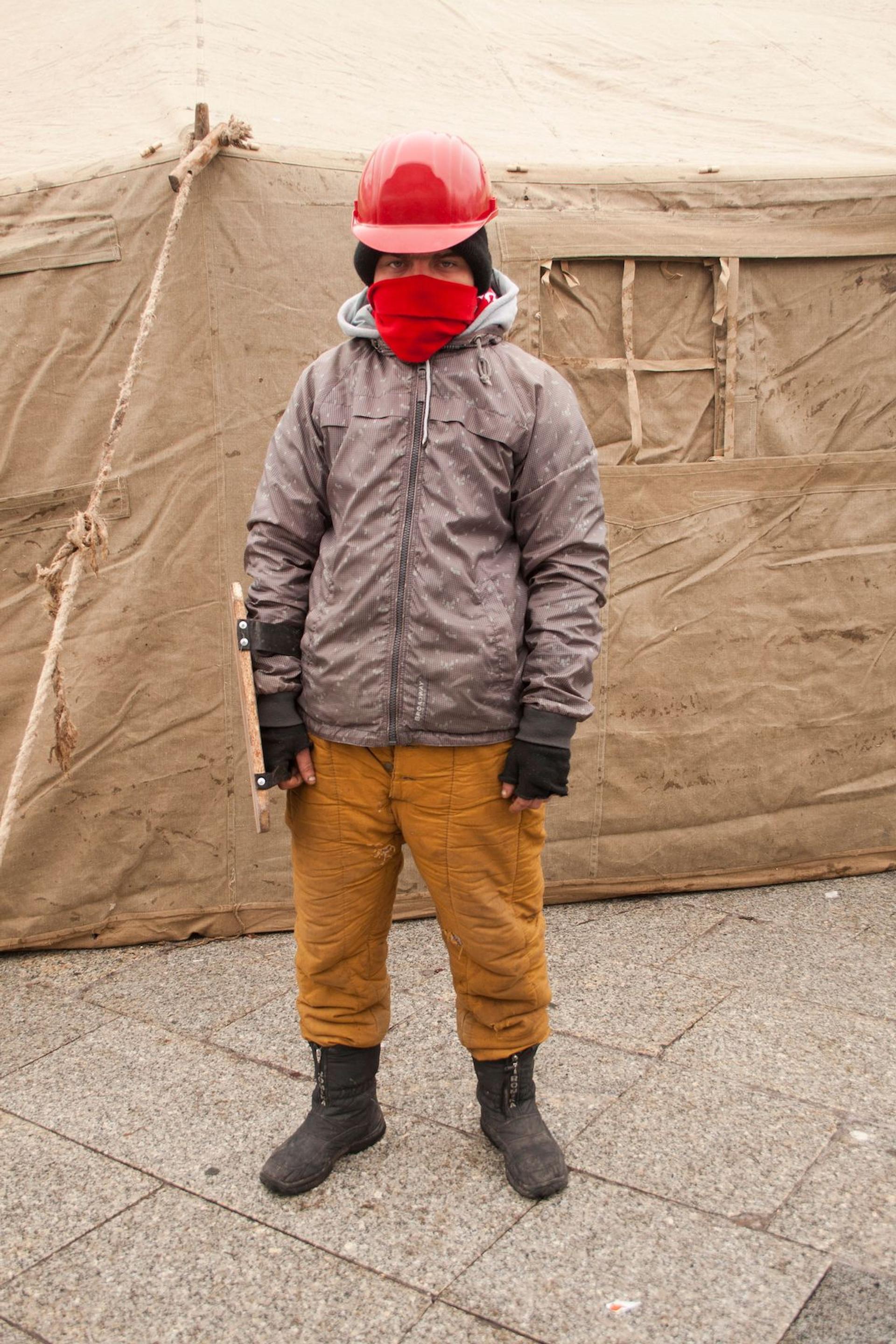 As part of Tissue magazine’s presentation at 032c Workshop, Ukrainian photographer SASHA KURMAZ—whose story on sex and graffiti in Kiev features in Tissue’s recent issue—contributed a series of images documenting the protestors and barricades around Independence Square, the main site of what’s come to be called “EuroMaydan.”

According to Kurmaz, who’s on the ground in Kiev:

“The main demands of the protestors are 1) the release of those who’ve been arrested for demonstrating, 2) the cessation of repression, 3) the resignation of President Viktor F. Yanukovich’s government, and 4) the signing of the Association Agreement and Deep and Comprehensive Free Trade Agreement with the European Union.

“92 percent of the demonstration’s participants claim no association to any political party, organization, or movement, and 74 percent have said they will cease occupation of Independence Square only if all demands are met.”