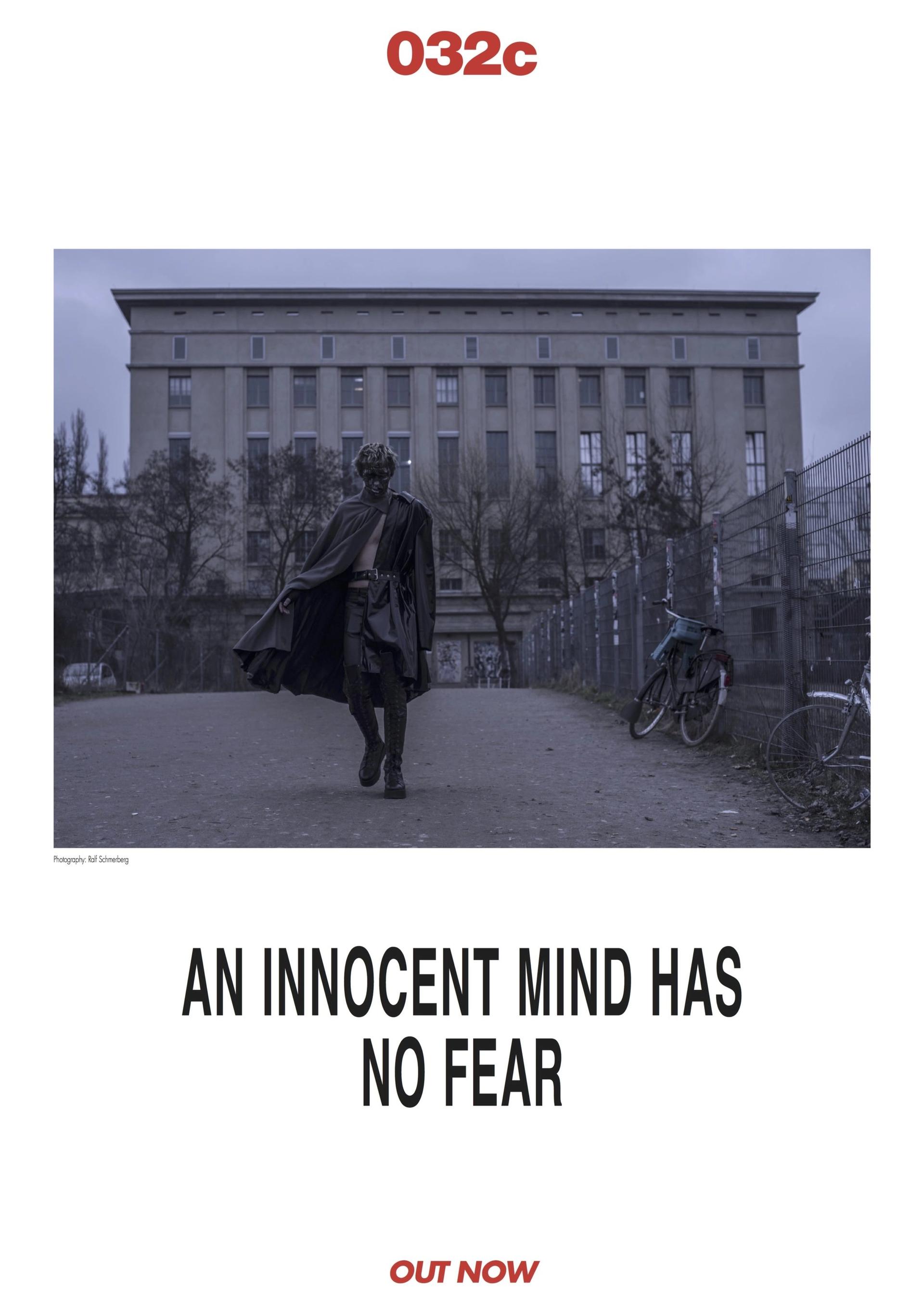 An Innocent Mind Has No Fear: the Movie

In celebration of its 30th issue, 032c and artist-director RALF SCHMERBERG created a proposal for the ultimate Berlin film. It is a movie about a city now growing in population as it did one century ago at the beginning of the Weimar Era, after Russian refugees arrived from the October Revolution. It is a manifesto about life in the post-contemporary era. Cultural promiscuity has dissolved into a condition of spiritual bankruptcy. Heat and compression have melted the meaning from our past algorithms. This is the second death of God. Aimless citizens wander in search of a new morality. The bandwidth of pleasure-pain has become limitless.

“An Innocent Mind Has No Fear” brings to life scenes from the 78-page cover editorial of issue #30, shot in Berlin frozen to the core in mid-February. Filmed over 72 hours at 19 locations – including the Spree, Teufelsberg and Berlin’s most famous alleyway – the Marc Goehring styled editorial pays tribute to the city that birthed 032c. The trailer for the film is now playing above and on view as part of Ralf Schmerberg’s exhibition at the 032c Workshop, featuring photographs, production notes, screen takes, and objects from the shoot.

Helene Hegemann: An Innocent Mind Has No Fear

9 months ago
No results for ""