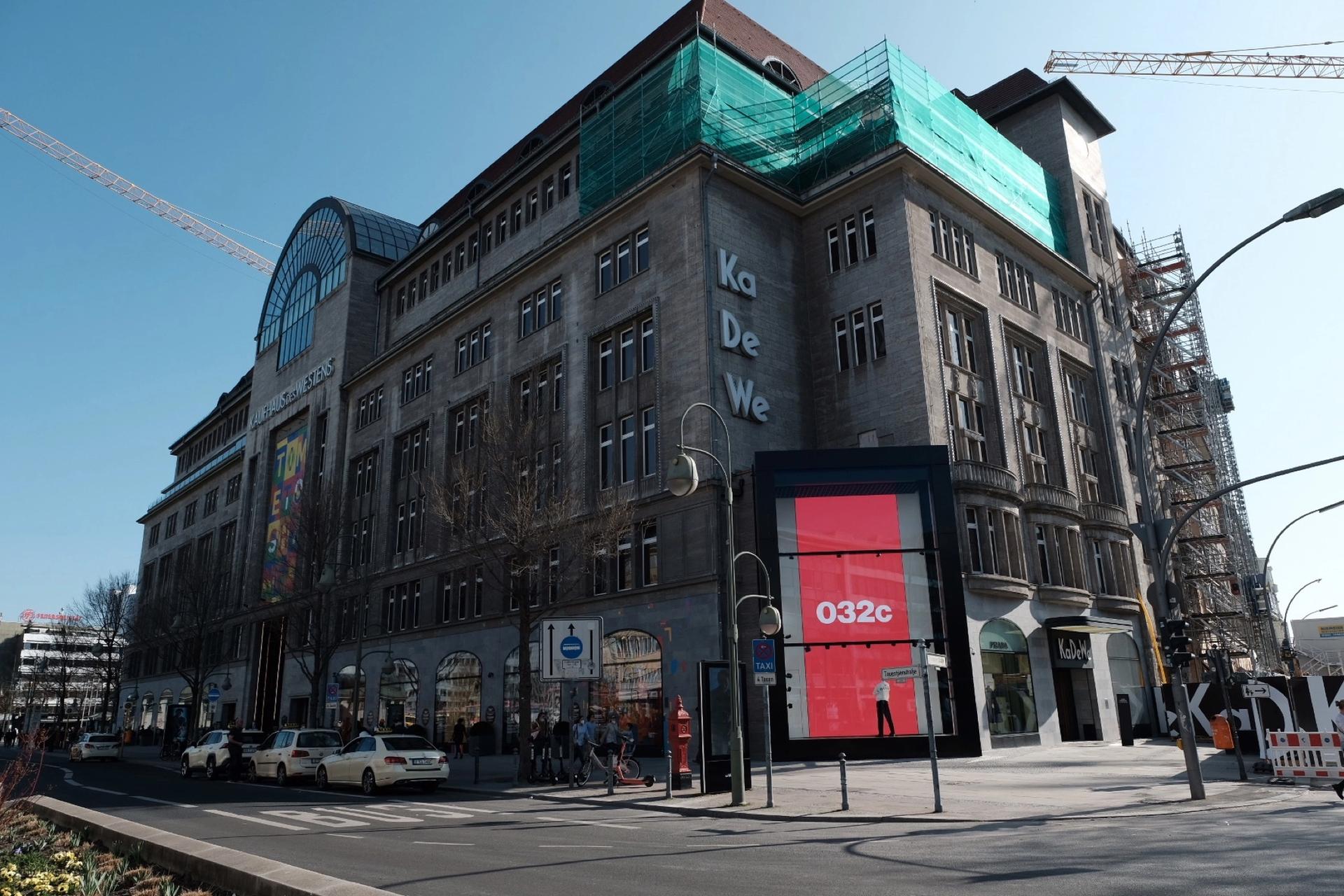 Since we can’t throw a party for you, dear SOCIÉTÉ de 032c members, we’re doing our best to entertain you on your daily lockdown-friendly stroll.

Back in winter, we sent an LED truck to troll the streets of Berlin as an IRL activation for REFERENCE FESTIVAL #2. This spring, we light up your week with a window display takeover in collaboration with Kaufhaus Des Westens (KaDeWe).

If you look up KaDeWe on Wikipedia you’ll read that the Berlin department store is the second largest retail space in Europe – “after Harrods in London.” Well if the UK insists on leaving the EU then Harrods is going to have to forfeit its title and let our home town shopping destination have the glory. It certainly has our hearts already, which is why we jumped at the chance to OCCUPY THEIR BIGGEST WINDOW this month with a display celebrating our 032c x KaDeWe capsule, the new SYSTÈME DE LA MODE SS21 collection, and most importantly our beloved SOCIÉTÉ DE 032c. Plus, it’s an excuse to cross town. We hope it will tide you over until we can browse (sans appointment) at KaDeWe or go to a club again. (Soon!!)

The Man Who Came From Hell