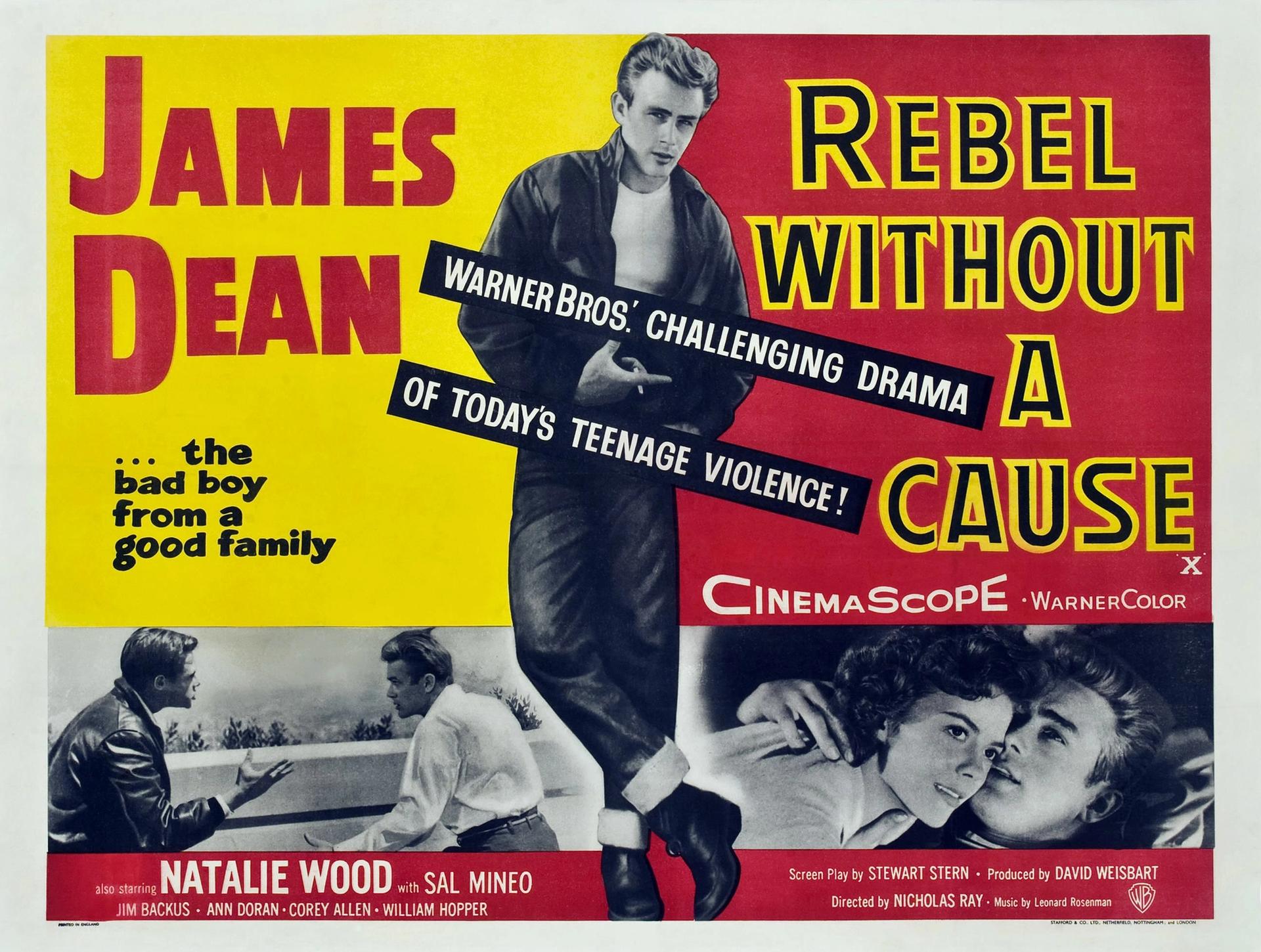 When MARTIN SCORSESE Comes to Our Neighborhood, He Goes REBEL-ARTY

Filmmaker MARTIN SCORSESE is in Berlin today for two occasions: the European premiere of the digitally restored 1955 film REBEL WITHOUT A CAUSE, directed by Nicholas Ray; and a preview of Scorsese’s work-in-progress documentary about the New York Review of Books.

The restoration of the teenager-defining angst drama, starring James Dean (who died tragically just three weeks before the film’s original release), Natalie Wood, and Sal Mineo, is part of the Berlinale’s Retrospective side show, which presents elaborately restored cinema classics and rediscovered films in striking picture and sound quality. The restoration—done by Warner Bros. in association with Martin Scorsese’s Film Foundation, and in part funded by Gucci—was completed from an 8K scan of the original CinemaScope (widescreen 2.55:1) camera negative. Due to colour fading and significant physical damage the original camera negative sustained as a result of its popularity and numerous theatrical re-releases, it could no longer yield an acceptable photochemical print. The camera negatives for reels 3 and 4 were discarded by the studio many years ago as they had been entirely damaged in printing. Reels 7 and 8 were extremely fragile and had sustained heavy damage in the perforations throughout the reels. For the restoration, Warner Bros. scanned and recombined YCM separation master positives for the missing camera negative sections. The stereo soundtrack was reconstructed from the magnetic soundtrack stripes of release prints, as the original stereo soundtrack master had been erased for re-use by the studio. It is a tedious process, but one that will preserve the anti-hero nihilism and romanticism that made Rebel Without a Cause a cult classic for the dissent-through-evasion generation.

We salute GUCCI and Scorsese’s Film Foundation, who together have restored a number of iconic films under the banner “Cinema Visionairies,” including A Woman Under the Influence (1974) by John Cassavetes, Il Gattopardo (1963) by Luchino Visconti, and La Dolce Vita (1960) by Frederico Fellini. #protestagainstforgetting

Scorsese’s unfinished documentary on The New York Review of Books is less about preservation and more about perseverance, for the monthly title, founded by Robert Silvers and Barbara Epstein (1928–2006) in 1963, remains America’s leading journal of ideas and a source of intelligent and controversial thinking about the issues of our time, even in today’s digital universe. For more information, you can read 032c’s piece on founding editor Silvers here. Heading into its second half-century, the NYRB still feels as vital as its founding editor. Directed by Scorsese and his frequent collaborator David Tedeschi, the unfinished documentary rides the waves of literary, political, and cultural history in much the same way as the paper itself, making use of rare footage and photographs to provide historical context and give us a portrait of a magazine that has been in the vanguard of provocative ideas for over fifty years.

For information about Robert Silvers and The New York Review of Books, you can read 032c‘s feature on the editor here.