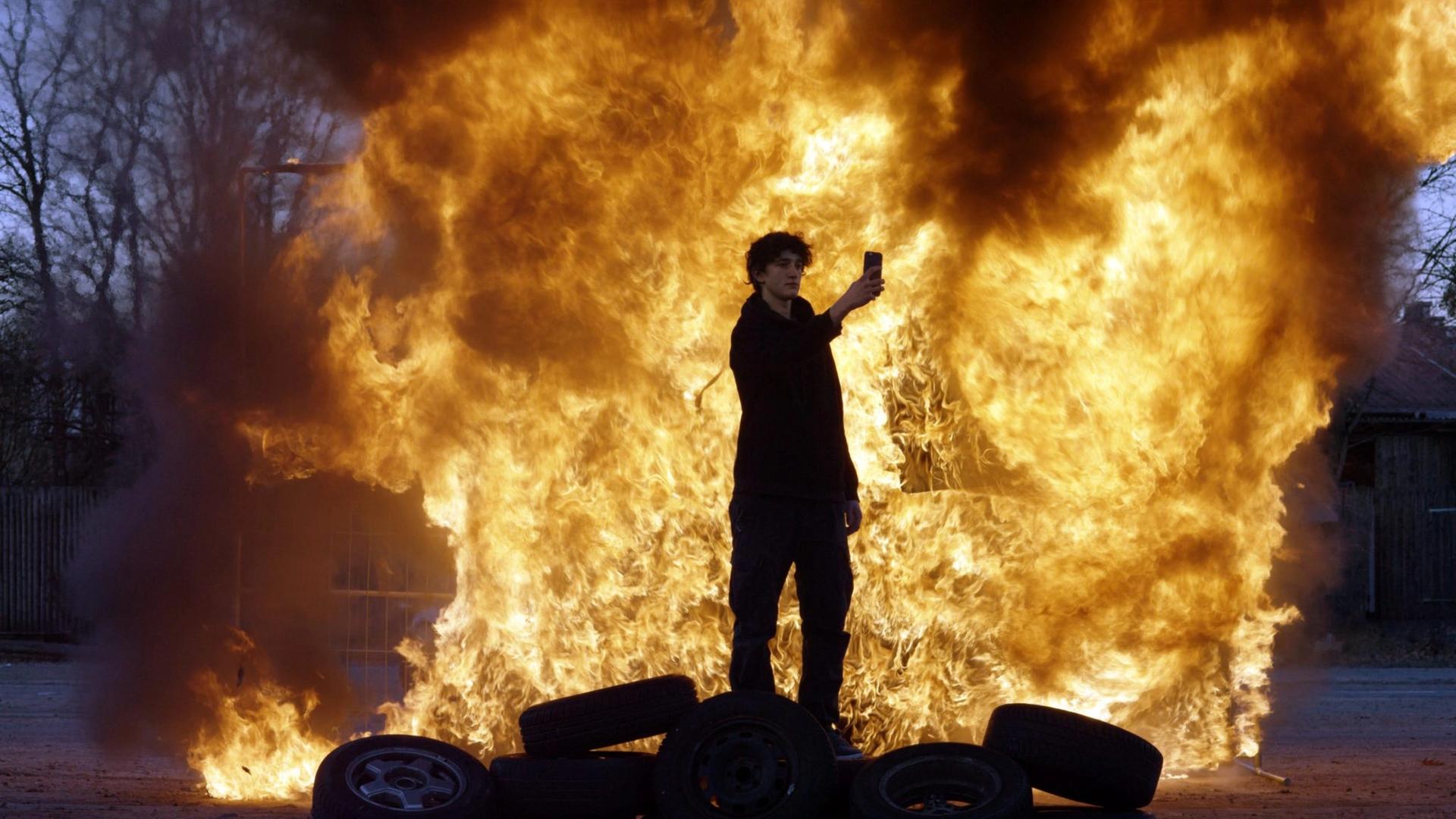 JONAS LINDSTROEM Uploads Our Fantasies in the Film TRUTH OR DARE

The current political chaos tempts us to expand our personal anxieties, too. Numbness develops into revolt. Revolt into a collective. The collective into new-found hope. Fall into the arms of the stranger and take a picture – it will last longer. Slick your hair back and blow your brains out. Wipe the sand from your eyes and look into the orange glow.

Jonas Lindstroem’s film TRUTH OR DARE – 21 Performances acts as an exercise in relating to oneself through others, presenting 21 unique narratives sourced from the imaginary minds of a global generation. The photographer and filmmaker, who worked with 032c’s Fashion Editor and stylist Marc Goehring for the film and cinematographer Nicolai Niermann, describes his newest project as a reflection on the content found on mobile devices whose search histories reveal queries from activism to meme-culture.

On the occasion of the exclusive release of the 15-minute film’s trailer on 032c, Eva Kelley spoke to Jonas Lindstroem about finding truth in chaos, modern communication skills, and how this generation is united emotionally.

Eva Kelley: The film sequences bring to mind the idea of individual paintings come to life – What was your visual intention with the project?

Jonas Lindstroem: I imagined an elevated version of the content found on mobile phones around the world. I wanted to condense these very specific actions and emotions into single, focussed cinematic frames. I quite like the idea of depicting situations that can serve as reference points for a specific place in time. The content of these 21 performances is vastly different, depicting very small and very big actions, poetry and cruelty, hope and ecstasy, isolation and despair, but they could all happen at the exact same moment – their context is the same. When you see them coming together, they create a deeper sense, forming a new whole.

How do you think our communication forms will influence our society in a political sense?

Everybody can see you, but nobody sees you. VR is already happening big time. When you’re on the bus and zone out into that small, shiny surface in your hand – you aren’t really there. You go on vacation and consume everything worth seeing through your 5“ mobile phone screen. This abstraction of our surroundings automatically distances us from things, people, and actions and it translates into every part of our society. We see more, but from further away. It makes it all the more important to experience things with our own eyes, without being able to swipe away. I think that’s deeply political.

Does the project relate to the idea of fear and unrest and its presence in contemporary culture?

I was interested in a certain type of anxiety. This unruly feeling of constantly being bombarded with information, while feeling increasingly isolated, but also in what we do to break out of this unrest. Emotional reassurance through physical experience. A major influence were images and their connotation, which directly correlates to this new understanding of truth, or lack thereof. Even though our world is becoming increasingly more complex, the answers are more and more simple. The truth only matters anymore if people click on it.

Does our generation have a common dream? And how is this portrayed in the film?

A previous project of mine was titled after a quote taken from one of the last interviews with Mike Kelley before his tragic death: „What’s the voice of this generation? – Maybe there isn’t one.“ This still resonates in the new project. I never read it as something to despair over. Quite the contrary, the current situation makes our generation active, we are suddenly asked to take a stance, form an opinion. Global images for open minds. There isn’t one dream, there are many.

TRUTH OR DARE – 21 Performances will premiere on February 16th, at Johann König’s original space on Dessauer Str. 6-7 in Berlin from 7.30-11pm.