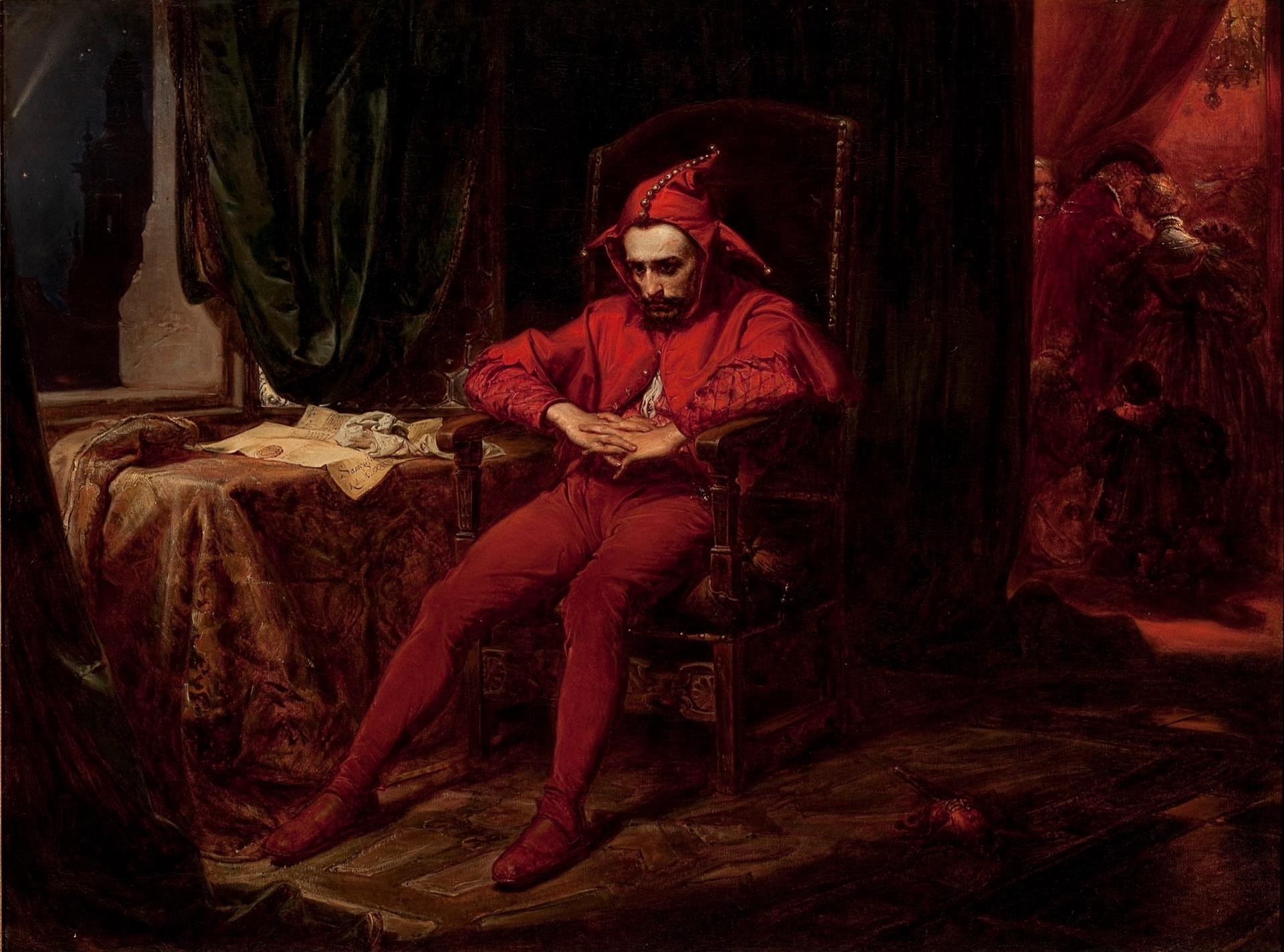 Have you ever wondered what kind of people click on those obnoxious pop-ups? Someone sees the ad, thinks of Emily, and clicks on the link.

There’s been a lot of talk about scams lately. It’s a fun assortment, usually sensational stories about commoners-cum-stars that oscillate between hacking the system and abusing the little guy: the Tinder Swindler, Anna Delvey, Danielle Miller, Billy McFarland (the Fyre Festival guy), Sarma Melngailis (the "Bad Vegan" celebrity chef), just to name a few. And to be clear, Anna Delvey is not the same as Danielle Miller. The Tinder Swindler is not the same as Billy McFarland. None of them are the same as Sarma Melngailis. Some are heroes, others are not. It’s up to us to decide.

Our fascination with scammers lies in the details; it’s the how, not the what. They make the world seem like a silly little sandbox, inconsequential and fun. Scammers are larger-than-life. For them, yesterday never happened and tomorrow never will.

While the rest of us struggle to pay rent, it takes a star like Danielle Miller less than six months to go from serving a prison sentence in Rikers Island to posting Instagram stories of herself strolling North Bay Road in a baby-blue Porsche Boxter, trading the austerity of a cold cell for the calming ocean-view of a two-bedroom Miami hotel suite. By stealing private jets, overstaying her welcome on other people’s yachts, manipulating Pace gallerists, and toying with financial institutions such as Fortress Investment Group, another star by the name of Anna Delvey a.k.a. Anna Sorokin showed us that acting entitled equals to being entitled. Only a few blocks away from Anna's previous NY residence(s), Sarma, baptized by some as "the vegan Bernie Madoff", ran a scenic, celebrity-attracting, raw-food restaurant. Upon meeting her now ex-husband on Twitter, she was scammed by a scam to become a scam, unleashing a kaleidoscopic scamming dynamic that is difficult to explain. Sarma didn't become immortal, as was the supposed motivation of her scamming, but she did end up with 6m in debt, a fugitive status and some solid convictions on charges of grand larceny, tax fraud and a scheme to defraud.

Billy McFarland, another entrepreneurial genius, promised festival goers “transformative” and “immersive” weeks on a sexy tropical island dubbed “Fyre Cay,” whose population at the time of the event he promoted as consisting exclusively of models and Instagram influencers. The island was previously owned by Pablo Escobar, so it had to be good. Consider paying up to 250K for a VIP festival ticket and ending up stranded on the parking lot of some beach, without food, shelter, or your luggage, attempting to call your country’s embassy for help. Anyway, Billy got out of jail early. And so did “Simon Leviv,” also known as “The Tinder Swindler,” who presently resides in Tel Aviv, continuing to make bank on the back of his newly found Netflix stardom. He also happens to be in a loving, caring relationship with model Kate Konlin. A simple Google search will explain the irony.

These trending narratives present scammers as rebellious individuals with exceptional lying skills – unapologetic anarcho-narcissists that fuck around with smoke and mirrors. Dissidents of the system, they’re either shadowy figures lurking behind computer screens, or they are extroverted stars that either fascinate or disgust you, or both. That’s misleading. Scamming is not the exception; it is the norm. The biggest scam of all is ideological in nature.

Capitalism allows certain people to be accredited value that doesn’t exist, in order to sell something that creates surplus value – that, unless sold, also doesn’t exist. This value is then split with the credit provider in the form of interest and kept by the capitalist in the form of profit. It’s a scam by which a third party (the consumer), through their dependency, need, desire, or greed, is scammed into legitimizing the scammers’ profit.

So, what differentiates an ethical scammer from a surreptitious asshole?

You are either a scammer or a scammee, and most people are both. I once dated a complete snob, also a scam. The problem was less the snobbism – I can deal with that – than the seriousness with which he was a joke. This man selected the books on his shelf based on the overall beige-dot-com palette of his apartment’s interior design, books that he never read. He was a scam without realizing it. This of course poses the question of intent, which, from an ethical point of view, is completely irrelevant. Once, he looked at me and said: “The market will regulate itself.” I had to laugh. If you ever hear statements like that, just whisper, gently: “2008.”

Whether I sympathize with the scammer and deem them ethical has nothing to do with the legality of the scam or the identity of the person implementing it. The scammee is what interests me – the qualities and faults that render them susceptible to being scammed, and more importantly, whether they can even afford the incoming scam. Never forget that existence is always innocent.

The ethical scammer directs scams at practically inexistent economic entities with tremendous power and influence: conglomerates, financial institutions, large profitable companies, chains - temples of hyperinflation and overproduction. Scam them and you undermine their tottering legitimacy, and whether you end up in jail or not, you’ll still be closer to reaching Nirvana. The surreptitious asshole on the other hand, scams people with a lot to lose, people who have done nothing to merit being robbed or deceived. They are normies, already being scammed on all institutional fronts, daily. Please don’t scam your average Joe.

University is a scam. Insurance companies are a scam. The pharmaceutic industry? Total scam. Real estate? Wall Street? Scam, scam. Your average mobile-data contract in Germany is a scam. You can only retract from it by written letter, at a specific date, months in advance before it gets renewed. If you fail to do so, the contract gets extended for one year, whether you agree with it or not, you will continue to pay. My flat mate reminded me that the reason for this is the company’s need of “security,” and the state supporting this security for the greater good, also known as the economy. But mobile-data contracts are dirty and so the economy, they both remind me of Alexanderplatz, or even worse, the Bundestag.

Soho House is a posh example of a scam. It’s also a great place to sit back and watch scammers go about their daily business. People pay substantial annual fees to be seen drinking €7 matcha lattes, seated in designer outfits that serve the purpose of disguising all the personal debt they’ve racked up at a “members only” club which never has, and never will, provide them with anything at all. They carry business cards engraved with confusing job titles that didn’t exist a year ago or run start-ups that require a 30-minute speech to understand the purpose of. People go there to seem busy, and important, but 90% of them are neither.

In this Soho panoramic view, the lesser scams are the sugar babies lurking around the bar hoping to find love, also known as financial stability. Upsettingly, despite being genuinely authentic in their intentions and predominantly hot, sugar babies are always the ones who get accused of scamming. But sugar babies are not scammers. Here’s the thing: unlike most things in 2022, hotness is substantial. You see it, you feel it, you’re aroused, and that’s how you know it exists.

That’s why sex, no matter how perverted, is one of the noblest things in modern society. Sex is an actually legitimate transaction, even, especially when, money is not directly involved. You can’t scam the sexual act. That’s also why so many people are sexually frustrated.

The world increasingly requires us to micro-scam others for the sole purpose of getting by. Consider the job interview. Employers expect us to have work experience before we leave the cradle, so we embellish our CVs and watch You Tube videos that teach us how to make a good impression – frankly, a false impression – so we don’t end up living under a bridge. The question, “What makes you excited about the opportunity to work at our company?” does not merit any serious response. It’s offensive. Because the expectations of corporate culture are unrealistic, or simply ridiculous, we scam our way into meaningless jobs, which, in turn, scam us back with deplorable salaries.

A millennial friend of mine once confessed that she praises Gen-Z because we’re no longer falling for delusional concepts of “stability,” “meritocracy,” or “intentionality.” Her generation, she lamented, is the generation of the unpaid internship – of fickle promises and of broken dreams. Having done the “right thing” seems, in perspective, laughable.

So, if you’ve come to the realization that no amount of sacrifice will ever bring any kind of stability into your life, and the prospect of mainstream work employment no longer motivates you, maybe an art-related job will set your parents’ minds at ease.

I once knew a self-described art critic. They lacked any critical opinion or knowledge about art, as well as basic grammar skills. After a failed collaboration – and a year of friendship – I realized I was dealing with a scam. I didn’t confront them about it, but sensing they had been discovered, they attacked. I was threatened with cancellation and the complete eradication of my – so far − scam-free career. It was shocking and scary, but also passee; very 2015. Thankfully, it didn’t work.

One word of advice: don’t base your entire identity on a scam, because it prevents you from being ethical. The ethical scammer is true to themselves and a caricature to others. Take yourself too seriously, and you run the risk of turning into a surreptitious asshole.

Gallery openings tend to be crowded with people who take themselves very seriously, Biennales too. The FBI was recently able to locate Christian Rosa’s whereabouts after the artist was charged with forging and selling several “Pettibon” paintings. He was on holiday with his girlfriend in Portugal, where, as a fugitive, he was smart enough to register a residency permit under his own name. I, for one, can’t really blame him. Tax evasion and money laundering are fundamental industry norms – necessarily required to infuse mind-blowing capital value onto a banana duct-taped to a wall. And because financial wealth leads to social validation and social validation to financial wealth, Mark Landis spent years donating forged artworks to mid-sized art museums for the sole purpose of receiving recognition from his peers, and invitations to institutional soirees where people, seated across the table from him, would whisper appraisals of his generosity into each other’s ears. Who are we to say Mary Boone’s 1.6-million-dollar Madison Avenue shopping sprees don’t count as business expenses, when gaining credibility in the new age means having to first look the part. It’s an unspoken rule. Stop being so basic.

The takeaway from all this? Have you ever bought a bag of chips, opened it, and it was only half full? Remember that disappointing realization? Fuck the company that sold you that bag of chips.

Scam away. Scam as much as you can. Scam with class, scam with integrity, scam the system, not the people.

Recently, while browsing the shelves of an art-library located in Mitte, a book stood out with the title: The contemporary condition. I can’t sleep. Scam in a way that helps you withstand said contemporary condition. Scam like an inflatable air wacky tube guy randomly greeting customers in the parking lot of some shopping mall: ridiculous but based.