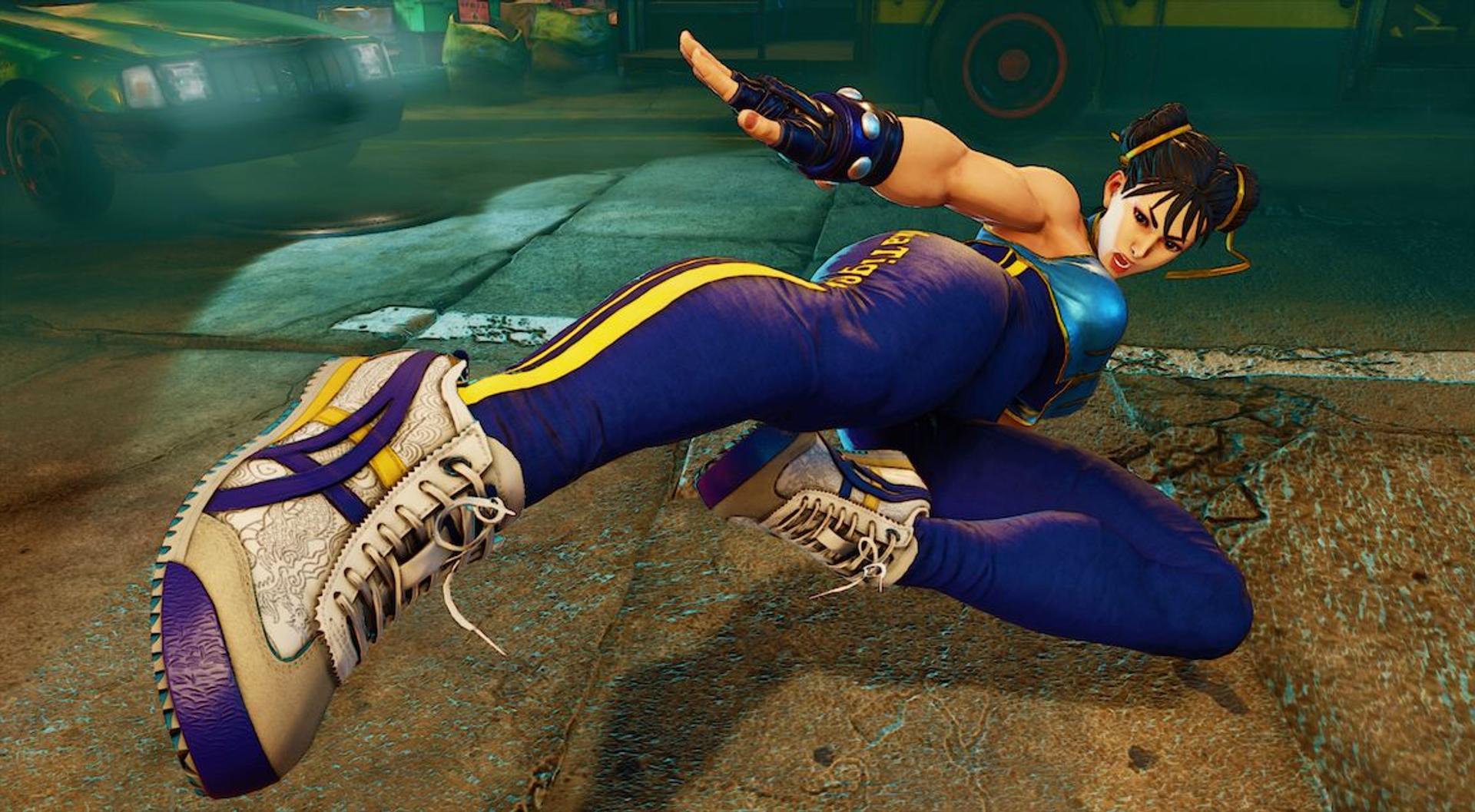 When the second Street Fighter game launched in 1991, it became a worldwide sensation that drew the adrenalin rush of arcade entertainment into private homes and defined the primary conventions of one-on-one combat gaming, much of which remains undisturbed today. Thirty years earlier, Onitsuka Tiger’s first basketball shoe – launched in 1965 with rounded, rubber-sole technology inspired by the natural blueprint of octopus suckers and limbs – established a form and methodology that would be repeated throughout the history of modern sports footwear. Both arrivals set the terms within their respective fields. Now, in 2019, Onitsuka Tiger is teaming up with the latest iteration of the close combat franchise, Street Fighter V: Arcade Edition, to produce a limited edition run of customized Mexico 66 SD shoes.

The partnership runs both ways, however, cutting a plane across the physical and digital realms. Onitsuka Tiger has designed a bespoke apparel range for use within the latest Street Fighter game: a rewiring of the traditional fashion collab and an expansion of the beloved series’ virtual metaverse.

The collaboration between Onitsuka Tiger and gaming giant Capcom’s Street Fighter V was unveiled on 23 May 2019 at the Liquid Room in Shibuya, Tokyo, as part of a multimedia event led by Lemonlife design studio creative director Chihara Tetsuya. Kawaii pop megastar Kyary Pamyu Pamyu – the most followed celebrity on Japanese social media – performed to an auditorium packed-out with fans and guests. The event focused on Chun-Li, the first female character in the franchise, originally introduced in Street Fighter II (1991) – today one of the highest-grossing video games of all time, after Pacman and Space Invaders, with more than 42 million units shipped as of December 2018. Artists, musicians, and manga illustrators sought to interpret Chun-Li’s story: a Tarantino-like journey fueled by revenge in which the martial artist and policewoman uses her position within Interpol to track and subdue her father’s killer, the megalomaniac dictator and ultimate Street Fighter antagonist M. Bison.

The shoe, limited to 5,000 pairs and available exclusively through the Onitsuka Tiger store, is available in two colorways – white and glacial gray, and acid and soft yellow. It features a lino-cut style dragon print along the leather upper and the Street Fighter insignia emblazoned on the heel, and will be released worldwide on 27 July 2019. What’s more, each shoe will be accompanied by a product-specific code card that enables players to switch up Chun-Li’s outfit (and footwear) in-game. The character’s signature move is the “Kakukyakuraku,” a kick thrown from behind – an appropriate association for a brand known for its innovation in versatility and movement, now pivoting from the physical into virtual space. “Onitsuka Tiger feels an affinity for the character [Chung-Li],” says company president Ryoji Shoda. “It’s exciting to think that Onitsuka Tiger goods will appear in Street Fighter.”