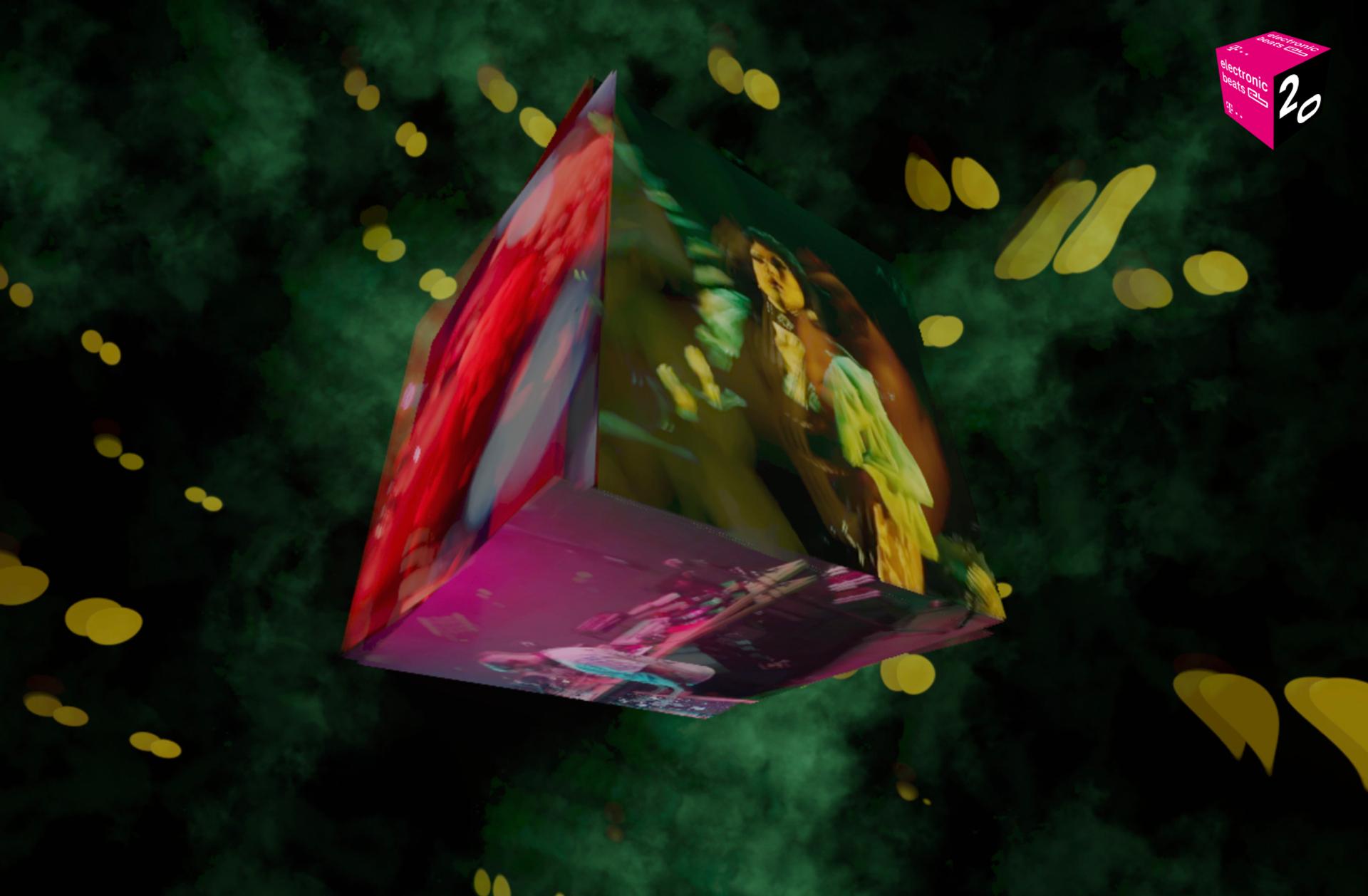 Enter The Cube: Behind the Codes of Telekom Electronic Beats’ User-Led Digital Archive

Last year’s mass migration to cyberspace foreshadowed a collective revisioning of “the web” as an experiential, experimental, and possibly more human space. Underserved by the top-down, performance-led algorithms that we have come to expect online, a proliferation of mixed-reality and artificially intelligent digital formats developed, supplementing our suddenly limited capacity for communion today.

On the occasion of its 20th anniversary, Telekom Electronic Beats has joined forces with Hamburg-based design studio WAF GMBH and brand publishing house Looping Group to generate The Cube. Designed as an interactive, inclusive space, The Cube is a user-driven excavation of Telekom Electronic Beats’ first two decades of in-depth music journalism in both English and German. Born of a desire to revamp the linear archive, The Cube asks whether digital space can be non-extractive – and even inhabitable?

Earlier this year, Telekom Electronic Beats enshrined its rich history of documenting Europe’s effervescent subcultures in a 20th anniversary book. Launching today, The Cube’s immersive experiment pushes the exploration further, enabling a user-directed study of the platform’s archival treasures. A 360-degree video collage presents memorable cornerstones of the last two decades, alongside a series of six films that celebrates the platform’s legacy in the music, club, tech, fashion, architecture, and visual art sectors. Accessing The Cube, each user intuitively crafts their own understanding of this history through a jigsaw of designs, photo exhibitions, video installations, films, and interviews. “We hope it’s a way to get closer to topics that are often physical and haptic in nature — club culture, fashion, music production — make them literally touchable,” says the Electronic Beats team. “The goal is to create an experience that revolves around users.”

Dissolving the barriers that constrain cultural movements to space and time, The Cube hopes to enable new interactions. “If The Cube makes even one isolated teenager come into contact with post-gender fashion, or read up on the profound influence of Jamaican dub on Berlin techno, then Telekom Electronic Beats has done its job telling these stories,” concludes the team. Mirroring the concerns of the physical world – social justice, restorative equity, and envisioning collective futures, to name a few examples – The Cube acts as a catalyst for the web’s reflexive potential.

“The future has expired”: Dixon’s TRANSMODERNA seeks the spirit of the present