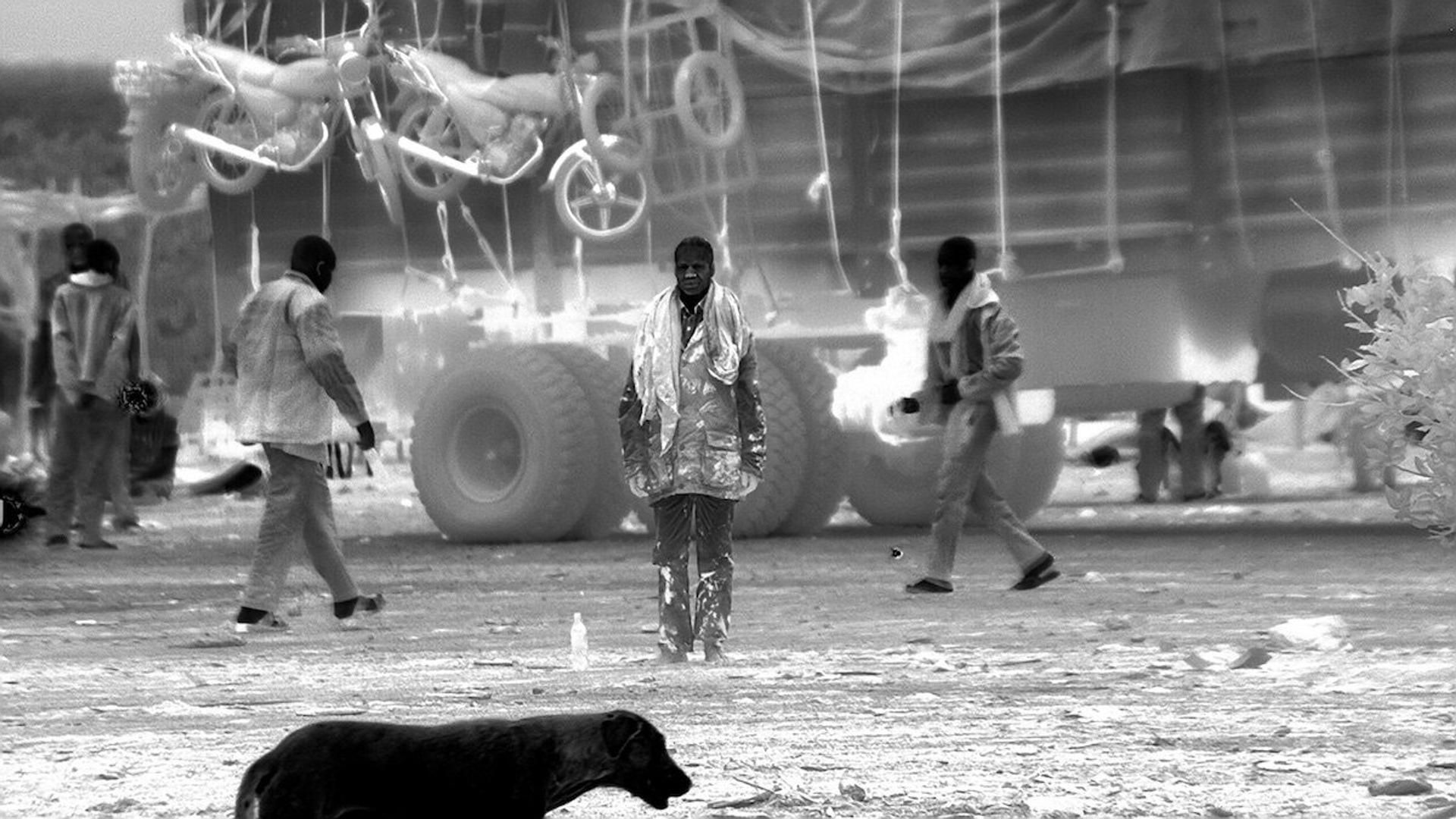 During the making of Incoming, Richard Mosse describes being perched atop a hill on the Turkish-Syrian border, registering occasional thuds from far away and watching palls of black smoke drift in the distance. A farmer calmly tends to his land in the Turkish zone, unaware of being watched, while explosives go off on the other side – normality bordering depravity. Capturing the bodies of those displaced by modern crises, Mosse’s film was shot on a machine that is classified as a weapon of war: a military-grade surveillance camera that is able to detect a human from 30.3 kilometers away. Its optics are made of a rare mineral that is lab-grown into crystals, which are then polished, coated, and fitted to a long-range lens that can see far beyond biological possibility. The camera is designed to locate targets at great distances, and transporting one across international borders without the necessary clearance is considered weapons smuggling.

Created with this technology, Mosse’s project depicts battles inside Syria, missile strikes, human trafficking, and the burning of a refugee camp in a manner that is as cold-blooded as it is heartbreaking. His camera takes on the perspective of a missile, a presence that is unbiased yet incredibly invasive. Incoming’s aesthetic is marked by the brute process of considering humanity through the detection of thermal radiation. Printed as film stills, they evoke a detached nostalgia.

Stripped of atmospheric haze, Incoming reveals what Giorgio Agamben calls “bare life” – or, in Mosse’s case, humans seen as nothing but body heat. His camera levels all, including the victims of hypothermia who are only identifiable by their ashen skin. While the contouring of bodies creates a dehumanizing effect, the vision of the camera dispels any sentimental illusions about the glory of war. The refugees from the Middle East, North Africa, and Europe flee war, persecution, or changes in climate that have made their lands uninhabitable. Here, Mosse frees bodies from their stigmas and otherness. The images clarify the contingency of citizenship and the banality of violence. It does not discriminate, nor judge. Its technology grants it a God-like indifference.

The HEAT UP HADID Hall of Fame