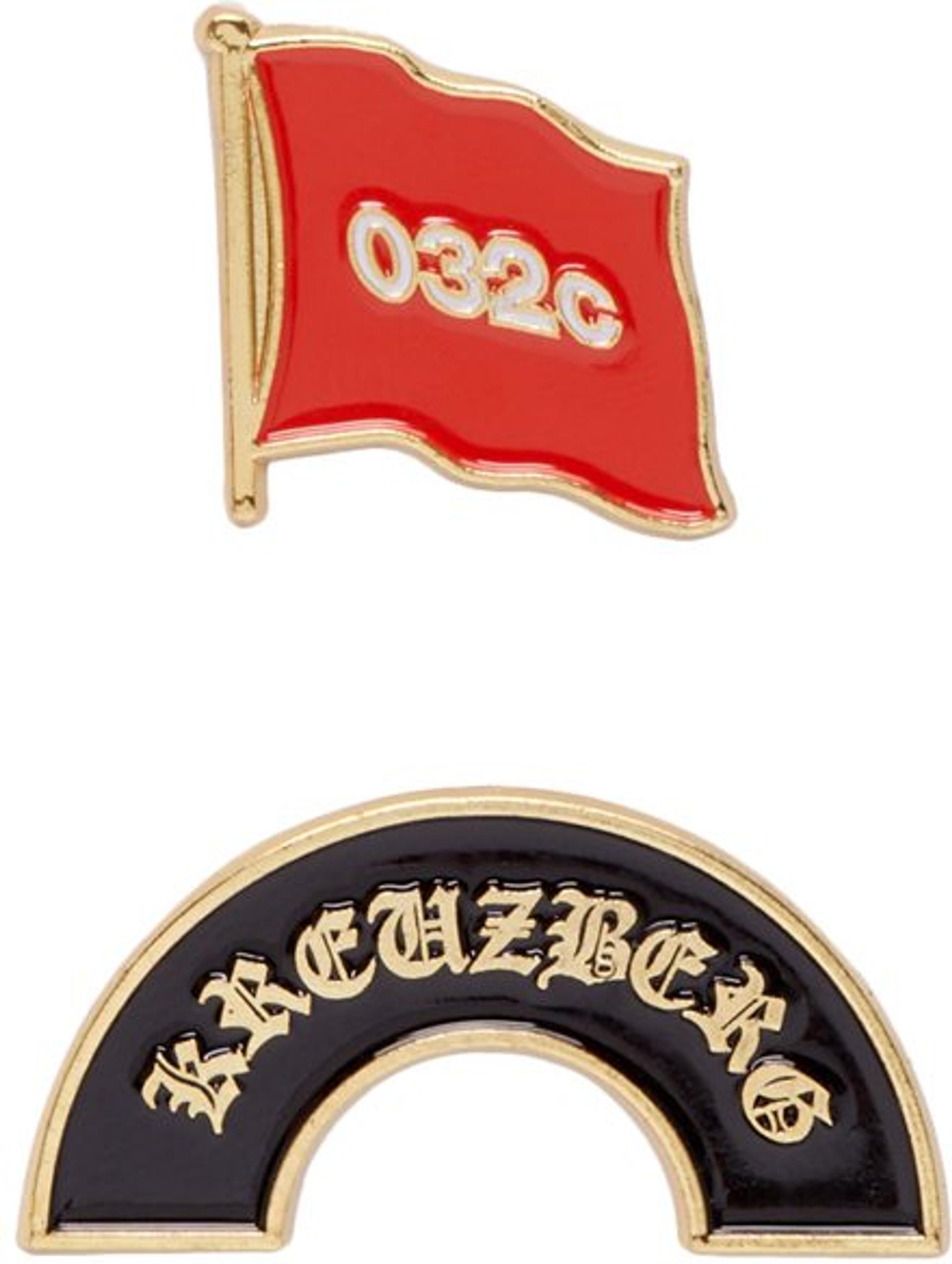 Pins: The World’s Smallest and Most Political Accessory

The pin has been the most effective way to incorporate a dose of idealism into any outfit for decades. No matter what your team may be, rest assured, they probably have pins. Hell, we have pins. Our fascination with the politicized accessory is rooted in its tireless effort for resistance. The simultaneous use of pins by government officials for their campaigns only heightens its strange allure. If you communicate through something that requires such little commitment, do you really mean what you’re saying?

Cue the flag lapel pin. It stands for patriotism, which is nationalism, and, by implication, for white supremacist misogynistic capitalism. In post-9/11 USA, the flag pin’s popularity surged among those defending the status quo – or, white supremacist misogynistic capitalism. Earlier in history, the USA’s former secretary of state Madeline Albright sent further clues through the pins and brooches she wore to work each day. “On good days, I wore flowers and butterflies and balloons, and on bad days, all kinds of bugs and carnivorous animals. I saw it as an additional way of expressing what I was saying, a visual way to deliver a message,” she told the Smithsonian Magazine. The National Museum for American History even hosted an exhibition of her collection. Whimsical.

Of more pressing matter is the National Museum for American History’s collection of over 400 buttons and pins from half a century of the LGBT movement. Daniel Gifford, the museum’s former manager of Museum Advisory Committees, wrote: “On the one hand, buttons are inherently public displays, placed on jackets and bags to be seen, read, and understood. On the other hand, they rarely are larger than an inch or two, requiring close contact and intimacy in order to be effective.” Intimacy is a courageous and powerful tool in the face of ignorance – and so is humor. Wit, of course, is a coded language, and queer cultural producers throughout history have used theirs to lace straight-appearing storylines with metaphors of queerness. It is also prominent in overtly political discourse, as these pins from the Smithsonian’s archive demonstrate.

These civil rights organizations and protest pins from the 1960s and 70s remain relevant as ever as their demands for freedom and racial justice continue to stay unfulfilled. Shockingly, this is not even shocking. If you have not gotten organized yet, it is about time. Showing Up for Racial Justice has compiled this list of black-led racial justice organizations you can support through donations and/or volunteering. Do it.

Surely sometimes a pin is nothing more than a charm. There is no need to plead allegiance to cupcakes, for example. Cupcakes do not have a cause. But clothing remains a powerful tool to represent one’s values and ideals. The pin in essence is ornamental. Its potency lies precisely in this complete lack of function – its sole purpose is communication. Marginalized people advocating for their causes have long risked further harassment, violence and discrimination for expressing their demands, which includes voicing them via a enormous banner just as well as on a small lapel pin. Do they really mean what they are saying? More often than not, the soundest piece of advice might be: Examine the context, and believe what people tell you about themselves.