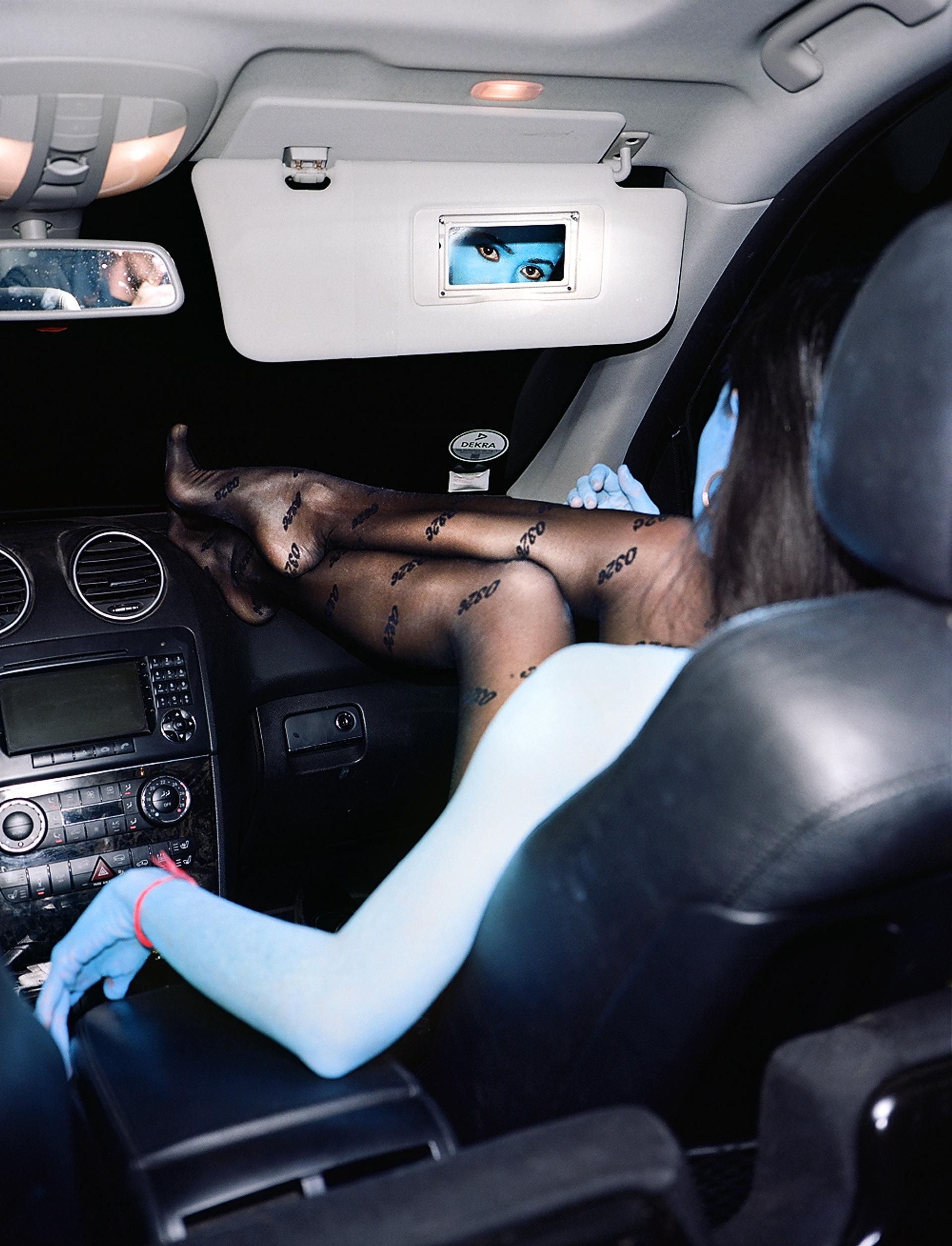 A Love Letter to NYLON MADNESS, from 032c

The history of stockings is one of yearning and desire, rebellion and innovation, fetish and fantasy.

Nylon stockings have elicited strong reactions since their introduction to the public at the 1939 World’s Fair, where manufacturer DuPont described their new, synthetic fabric as “strong as steel and fine as a spider’s web.” In their first year on the market, 64 million pairs of stockings were sold at twice the price of silk, becoming immediate best-sellers and wardrobe staples. When DuPont ceased production in 1943 to focus on the war effort by making nylon tents and parachutes, their stockings became hot tickets on the black market – with single pairs selling for a sum that equates to roughly €300 today. Those who couldn’t get their hands on them – or legs into them – reportedly used creams to mimic the tights’ shimmery effect, some going as far as to paint seams onto their legs to create an illusion.

When stockings returned to the market after the war, years of aggregated demand exploded into what newspapers called the Nylon Riots: a series of conflicts at various stores across the country, in which women fought one another for the limited supply. In the fall of 1946, 40,000 women queued up for 13,000 pairs of tights in Pittsburgh, standing for hours in a line that extended 16 blocks away from the storefront. The Pittsburgh Press reported that “Nylon MADNESS” had overtaken the city, describing “clerks working until midnight with no rest” and “women scratching and clawing to get their particular size.”

During the sexual revolution of the 1960s, the invention of the all-in-one hosiery known as pantyhose (originally “Panti-legs”) represented liberation from the intricate women’s undergarment system, which previously included stockings, garters, and girdles. Beloved by British Youthquakers and Mods, nylon tights were a convenient and empowering solution for women experimenting with drastically shorter hemlines. In her book Swinging Single, media historian Moya Luckett writes that “tights, such as the mini [skirt], were a gesture of freedom.”

In the decades since, tights have fallen out of favor as undergarment essentials, yet retain an aura of mystique and glamor. Laden with signifiers of sensuality, tights have appeared in the works of artists such as Man Ray, Louise Bourgeois, and Sarah Lucas as stand-ins for human skin – and as facilitators of discourse surrounding topics like gender, race, and sexuality. 032c presented our own love letter to the power, elasticity, and allure of stockings in our FW21/22 MARIA collection. And who better to capture the romance of 032c’s own nylon MADNESS than Maxime Ballesteros, a photographer known for his surrealist homages to the world of fetish – and whose 2017 book Les Absents was a self-professed NYLON SONATA?

4 months ago
No results for ""