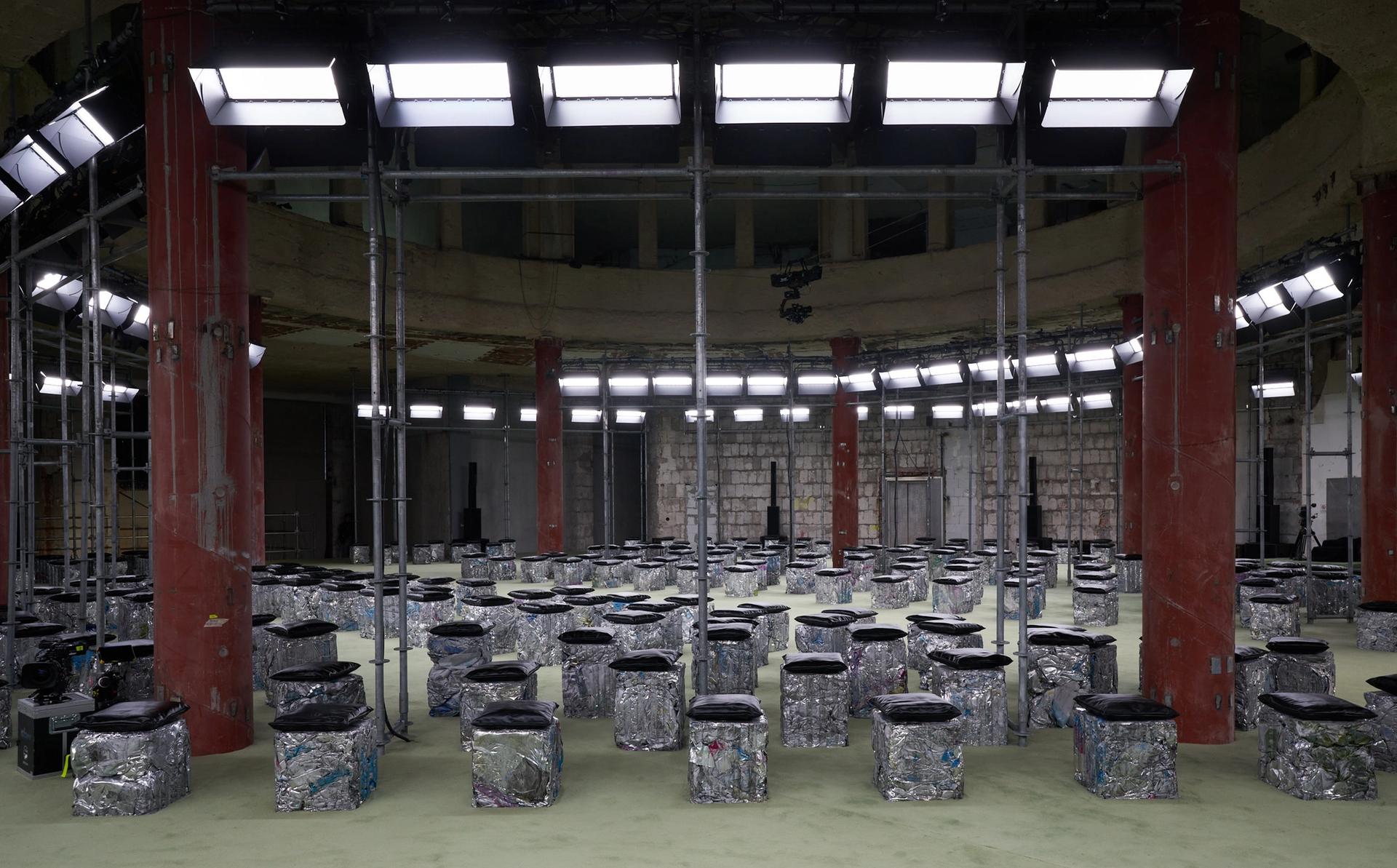 Two weeks ago - a veritable other epoch - Martine Syms spoke about the non-linear edit at the release of her new film: “Because I don’t experience life in a linear way." No longer concerned with the revelation of mystic truths, the figure of the artist might now be better tasked with the coordination of coherence in a fractured moment

Russia invaded Ukraine on Thursday February 24, 2022. In Milan, the fashion week runway became a stage of immense schism: excess in the face of conflict. This paralyzing contradiction was confronted and ingested for the vast majority of witnesses on the exact same screen.

Friday night in Paris, discussion was dominated by a balance of uncertainties, weighing stakes (concern for family and friends, existential threats to Europe) against possible responses (the continent dragged into war, sanctions that would equally impact those in the Russian resistance). Reaching a collectively distressed impasse, my Belgian-American and Irish-Ukrainian dinner partners proposed a grim toast: “to life under late capitalism.”

Throughout the 2000s, Thomas Maier established Bottega as the Italian answer to Hermès. In the last three years, Daniel Lee brought the brand closer to the center of contemporary fashion – and expanded its audience significantly in the process. Following Lee’s departure just three and a half months ago, Blazy – having previously worked at Maison Margiela, Raf Simons, Balenciaga, Galliano, Calvin Klein and Céline – took over to write Bottega’s next chapter.

In the days before the show, the new creative director elaborated on his impetus, working through a meditation on luxury principles and the creation of motion – without resorting to sportswear. A specific Italian legacy was invoked by his pondering: “What would Gianni Agnelli wear?”

Many aspects of Italy’s post-war history can be charted through Agnelli, a Torinese industrialist and style icon. His business nous made him the nation’s largest employer – he controlled 4.4% of the country’s GDP – and his sartorial manoeuvres bore such intense scrutiny that the slight angle of his necktie would be read by the nation as a gesture of radicality. At the center of this fascination was the notion of sophistication: what is it, how malleable could it be, and what are its limits? The questions provoked by Agnelli are essential to a modern tailor, and lie also at the heart of Bottega, one of the major heritage houses plotting the trajectory between tradition and reinvention.

The show opened with a remarkable trompe-l’œil of a white tank top and blue jeans, both made entirely of nubuck leather, an imperceptible twist that spoke volumes for the hidden story – and hidden attention – underpinning Blazy’s work. The essence of this outfit was something that could be felt and not seen; it was a subtle piece of master craftsmanship, parading as a casualness that would only reveal itself in hindsight. Clothing that is not an image: a paradox on the runway.

This look set the tone for a collection that proceeded through confident minimal compositions to a spread of experimental propositions, cable-knit jersey anoraks, orange fuzz shoes, genderless thigh-high boots, imposing heels, and cocktail dresses in bubblewrap-effect translucent sequin - a list that would suggest radicality on paper, save for its assured unity in presence, characterised throughout by rigorous finish and immaculate technique.

In a context of refinement and simplicity, details become monumental. This is the Agnelli effect: once the boundaries of a style are established, attention goes to the choices and deviations taken within it. In Blazy’s articulated and complex collection, these punctuations appear as an oversized shoulder strap, a ballooning hunchback, a leather tee, a netted shoe – each case an interruption, an aberration, and a point of distinction that serves to reinforce the entirety.

Discrete elegance is not easy. In the face of fragmentation, if a designer can offer a coherent view, a world in its own – and without loose ends – this is success; this is good work. As Blazy stated after the show: “I know how to do my job. Which is a job. And voilà.”