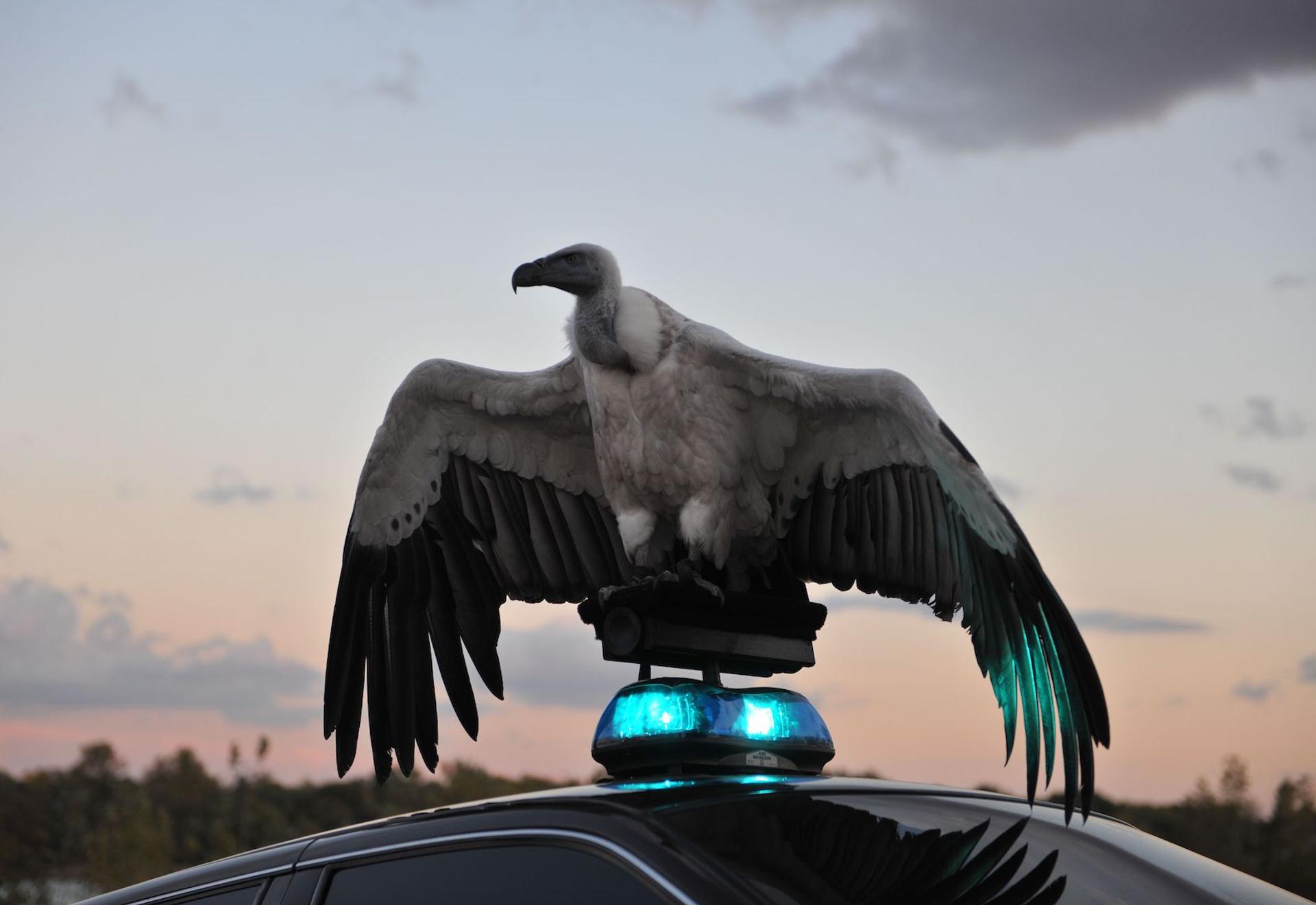 032c has been following Matthew Barney’s River of Fundament project for years. Loosely based on Ancient Evenings, a 1985 Normal Mailer crypto-porn novel about ancient Egypt’s rituals of death and rebirth, Barney’s River of Fundament is the artist’s most complex and ambitious project since his CREMASTER Cycle. “The way the novel transposes the body and the landscape is one thing that attracted me to it,” Barney says. “Bodily functions are interchangeable with the primordial ooze of the earth.” Made in collaboration with the composer Jonathan Bepler, ROF now encompasses a symphonic epic film, three performances (in LA, Detroit, and New York), fourteen large-scale sculptures, drawings, photographs, story boards, and vitrines. In 032c #19, Barney produced a visual essay surrounding KHU, the second performance in the series, which included a ceremonial funeral / submersion of a 1979 Pontiac Firebird Trans AM in the automotive necropolis of Detroit. Barney, it seems, has replaced the human soul with the automobile, and moving away from his signature materials—thermal plastic and petroleum jelly—he’s using iron, bronze, sulphur, and salt to refer to Egyptian mythology and the rise and fall of American society.

The central component of the project, the River of Fundament film makes its US premiere tonight at the Brooklyn Academy of Music, with the full-scale exhibition of these works opening at Munich’s Haus der Kunst, and the Bayerische Staatsoper, on March 16. The film unfolds in three parts, each including one of the three live acts that follow the narrative of the automobile. The protagonist’s will and desire for transformation are put into action in the outdoor productions of REN (Los Angeles, 2008), KHU (Detroit, 2010), and BA (New York, 2013), involving the 1967 Chrysler Imperial from Cremaster 3, the 1979 Firebird, and a 2001 Ford Crown Victoria Police Interceptor. Rivers and thoroughfares dominate the landscape, evoking the river of feces described in Mailer’s novel. From the freeways of Los Angeles’ car culture to the River Rouge and Detroit Rivers central to the automotive industry, and finally to New York City’s East River—host to the funeral barge ferrying a replica of Mailer’s Brooklyn Heights apartment—manmade and natural arteries transport the protagonist on his journeys from death to rebirth.

By asserting a place for spirituality in contemporary art—even in an ancient spirituality whose deepest meanings are lost to us—Barney’s opera is working to rescript the possibility for a phoenix-like renewal in a stagnating global culture. “I certainly believe in an energy that lives on,” Barney says, “and functions like some sort of adhesive between living people.”

METAHAVEN: Version History at the London Institute of Contemporary Arts