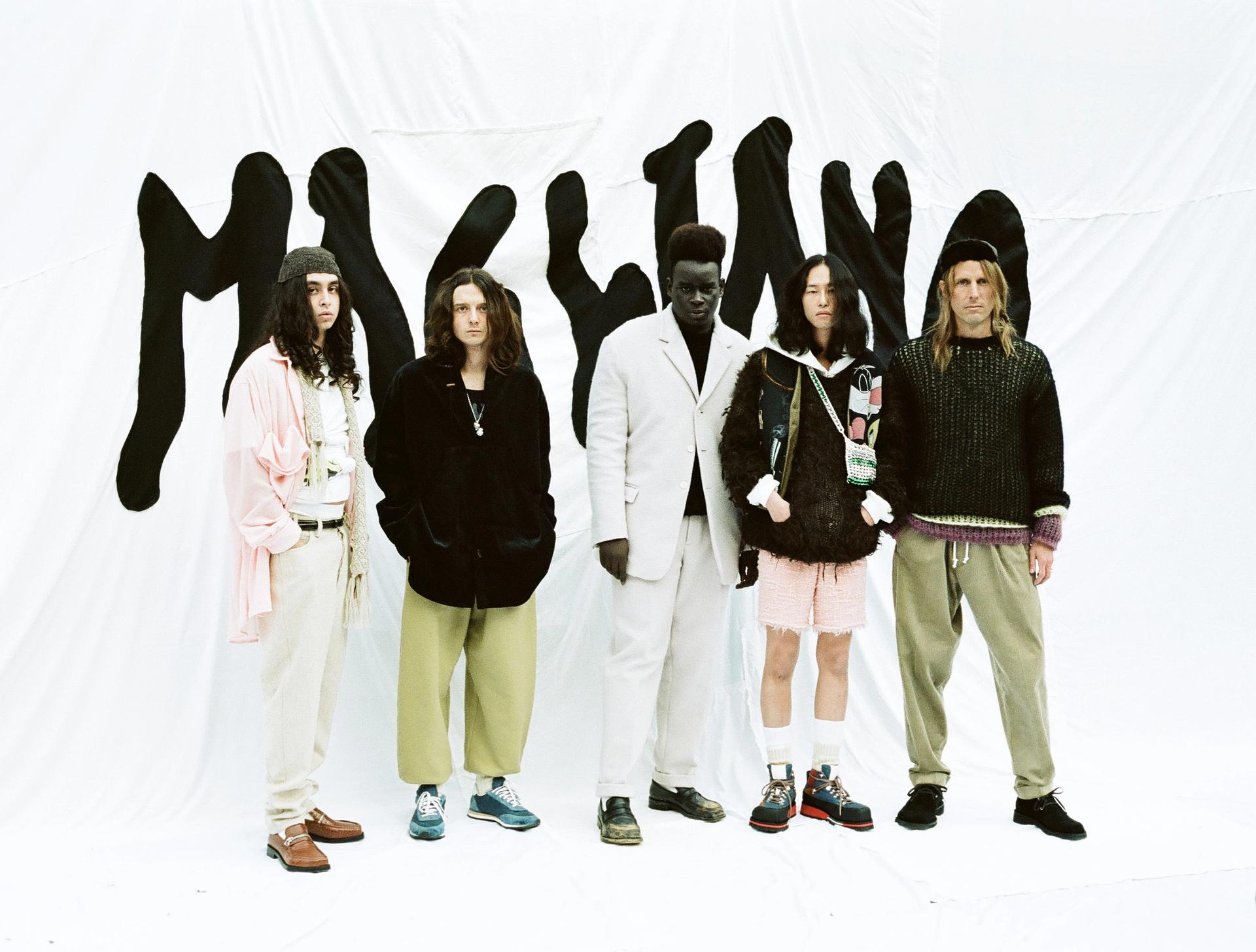 Magliano Is What Menswear Needs

When I last visited Milan, the only word I heard more than “Omicron” was “Magliano.” The young Italian brand, helmed by Luca Magliano, had just staged its Autumn/Winter presentation at a Milan Men’s Fashion Week that was buckling under the strain of complications wrought by the most recent Covid-19 variant. As big-ticket brands such as Armani were canceling their shows, Magliano staged a presentation that offered a second of respite from the moment’s anxieties.

The Italian phrase for an encounter, un incontro, traffics more in negative than positive space: it bathes in a sort of infinite unknown; it bristles with potentiality. The term can connote a sexual or romantic encounter – one between friends or strangers – a fight, a sports match. It is at this intersection of meaning that Magliano chose to situate its intervention. The brand created its very own "Bar Magliano” because, “of course,” as Magliano told me, “encounters needed a place to happen.”

As guests filed into the space, they were met by a brass bed strewn with white lace-trimmed sheets. Models circled and posed languidly on top or in front of the mattress. In an adjacent room, performers grasped hands across a table, locked in an interminable arm wrestle. In a third room, two lanky Magliano-clad boys made out behind a makeshift bar. Though staged on a Sunday morning, the scene brought to life by set designer Davide Stucchi and movement director Michele Rizzo called to mind a late-night cabaret.

Whereas past collections have relied on an ebullience – brash yellows, silks, and a jagged 1980s sensibility that have quickly become a Magliano trademark since the brand’s launch in 2016 – this presentation dipped in tone. The clothes evoked “the nocturnal, the lunar,” but not in the “clubby or party kind of way” they have before. The looks instead expressed an attractive sense of melancholy.

While Magliano’s clothing shows a reverence for the days of Italian prêt-à-porter fashion and its exacting attention to the art of menswear and tailoring, his approach as a designer suggests a penchant for disruption. “I don’t give a fuck about how beautiful Italy is,” he tells me from his parent’s home in Bologna. “I thought it was important for a new brand to talk in a way about our heritage, about a certain idea of elegance.”

The phrase “messing with the wardrobe fundamentals” functions like a mantra for Magliano and his team, who are committed to a constant perversion of the tried-and-trues. Take this season’s blazers, reimagined to slouchy extremes, or its bunchy suit pants with belt buckles that hang open, twisted and askew. “We take this super classic stuff, like a sartorial jacket, and then we do an operation on it,” he said.

Magliano is a menswear brand but insists that its clothes are meant to supersede that label. The garments are inspired by men, but not necessarily made for them. “We play with the idea of masculinity; we provoke it; we deconstruct it. I bring a lot of my homosexual culture into the project,” the founder told me. Magliano cares less about smashing the binary, as contemporary brands are wont to do, than he does about acknowledging gender as a continuous performance. “We treat some of these stereotypes as if they were drag.”

There seems to be, I suggested, an intrinsic theatricality to the clothes and their presentation. Magliano was quick to correct me: “I would say that it’s more about cinema.” The Magliano-verse shares a deeply romantic lexicon with film, an art form dear to Italian culture. “We want to talk about Italy,” said Magliano. “And one of the most incredible media where Italy has been explored is cinema.”

Approaching menswear as cinematic wardrobe, Magliano conceives each season as an ever-evolving cast of archetypes, a deck of male signifiers being constantly reshuffled for laughs, for beauty, for both. On characters dressed in oversized knit vests, monster-toed loafers, and crystal-studded felt jackets, Magliano casts a distorted, greasy lens on the uniform of Italian masculinity.

“The male is the fragile individual of the contemporary,” according to the designer. But can the fortress of masculinity be breached by buttons and blazers alone? The buzz in Milan that week suggested that Magliano was at least loosening things up. Menswear, seemingly, is begging to be teased, injected, stretched, frayed, unbuckled, and brocaded. Perhaps it is begging for Magliano.