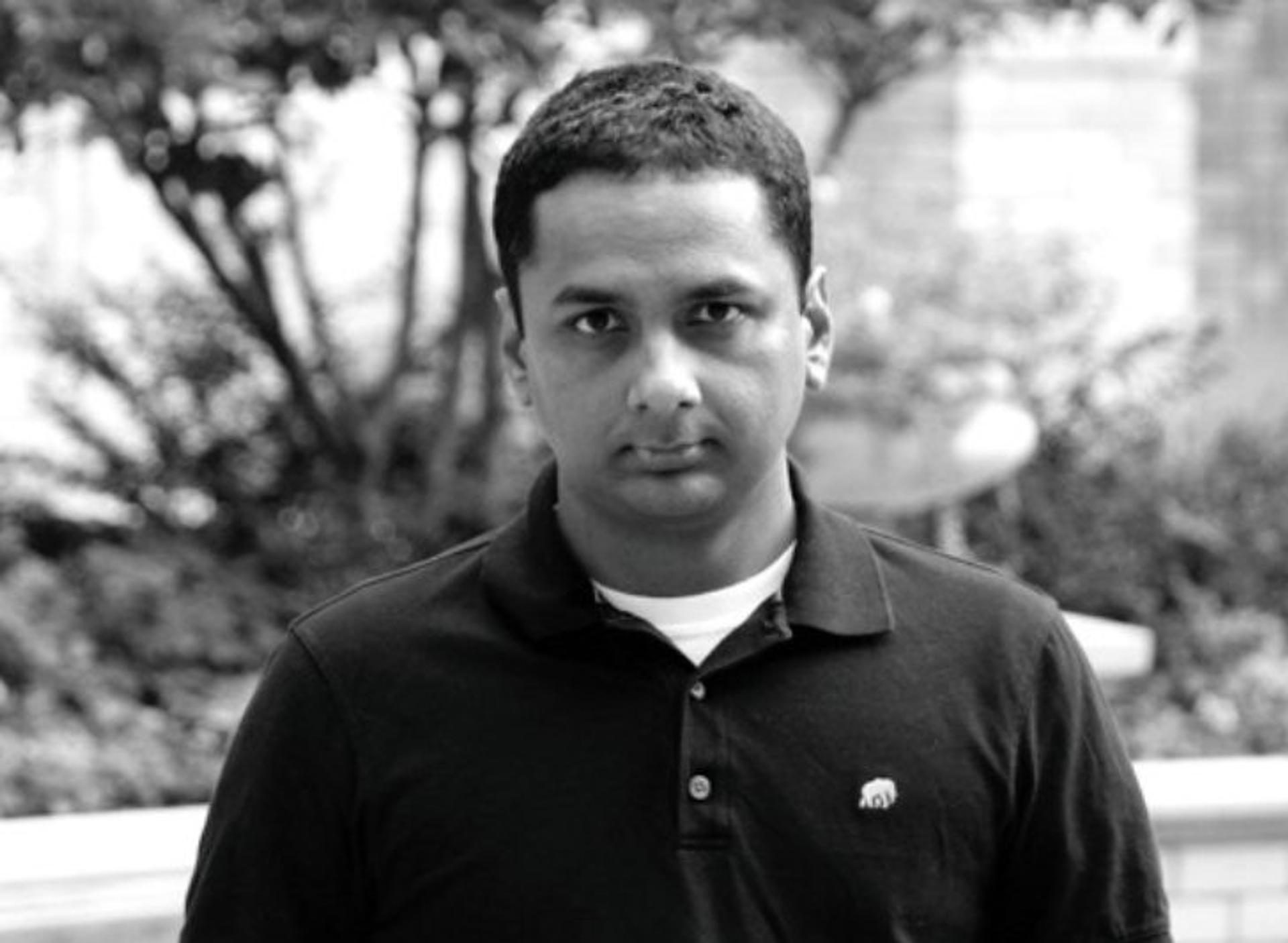 VENKATESH RAO (who goes by “Venkat”) is a writer, tech and organizational strategist, and independent researcher. Venkat’s writing explores the sociological tension driving commerce at a historical/cultural scale. His best-known work is a series of blog posts analyzing workplace dynamics as seen through the lens of NBC’s The Office. K-HOLE corresponded with him over email.

K-HOLE: There’s a long history of associating genius in business with mental illness. What role does “being crazy” play in business leadership?

VENKATESH RAO: It is crucial at certain times in the history of an economy or individual company and irrelevant at other times. The value of “crazy” tends to swing between those extremes. It’s like the value of a mutation that might break a species out of a shrinking ecological niche. The closer you get to the local optimum of that niche, the more valuable crazy gets.

I would not call it mental illness, though. Both society and individuals within it are at different levels of sanity at different points in history. Somebody who is labeled mentally ill by a society that is itself mentally ill in a larger sense might well be the sanest person around. The NSA leaks recently proved that the tinfoil-hat conspiracy theorists were more right than many people who thought themselves sane. This paper by William Baumol is also relevant and interesting to this question. My paraphrase of his argument is that entrepreneurship is how societies maintain an insurance policy against their own insanity. When entrepreneurship is not enabled, individuals who happen to be saner than society at a given time turn to things like crime or starting cults.

Do you see a relationship between your formulation of “being a sociopath” and creativity?

Yes. When societies enable as much individualism as people might desire and is technologically possible, creativity and sociopathy can be distinct. When societies enforce extreme conformity, being creative necessarily implies being a sociopath, where I mean the term in a loose, everyday sense rather than a clinical sense. William Whyte criticized the “creativity by committee” approach 60 years ago in The Organization Man. Groups are never creative. Individuals are. Societies that don’t recognize that turn their true creatives into sociopaths. Curiously, there is a strong current of “digital collective creativity” alive right now that I think is deeply misguided. A sort of “creativity of the crowds” extrapolation of “wisdom of the crowds.” My cynical view is that these people just like to party and call it creativity.

Just look at the performance of Apple before and after Steve Jobs and read his biography. Or Amazon and Bezos relative to the rest of the e-commerce world. We happen to be nearing the peak of one of those eras I mentioned where this type of leadership is crucial. It may be less crucial in 10 years, but right now, it is the difference between a company living and dying.

Vision is a significant part of what you’ve identified as the sociopath’s ability to look at external realities without sentiment and use this information in reality-grounded ways. Could you expand more specifically on how you define having “vision”?

For the context of this conversation, a negative definition is easier. Being a visionary means not being customer-driven. You must hear your customers, of course, and pay mindful attention to what they are doing, but being a visionary today primarily means leaving the cargo cult of “customer delight” that seems to be about paying worshipful attention to deified customers and being led by them. That’s like mistaking peer-review for scientific production. Merely taking customers off the pedestal is enough to improve your vision of reality to do interesting things. You free yourself of the pernicious effects of social proof, conflating your personal relationship needs with a company’s data needs, fooling yourself that risk aversion is really risk mitigation, etc. There’s more to vision than “not being customer-driven,” but just eliminating that bias is enough to give you an edge in clarity. Drucker had it right. Visionary leadership creates customers. Non-visionary leadership is led by customers: customers destroy the business that created them, so to speak. First “structure follows strategy,” as Alfred Chandler said, and companies grow by creating customers. Then, unfortunately, strategy follows structure and companies die by being destroyed by customers.

It’s the deeper dynamic within what we call “disruption.” In business, for the moment, product-driven versus customer-driven seems to be an unbreakable dichotomy. People float theories about transcending that dichotomy, but I haven’t seen it ever transcended in practice, though I am hopeful and would like to be wrong about this. Some genius CEO may arise in the future who pulls it off, but at the moment, I don’t see one. At the moment, most of the big winners are led by autocratic, product-driven visionaries. Customer-driven ones are flailing. Even many of the apparently customer-driven ones, like Amazon with its famous “empty chair” in Bezos’s conference room, turn out to be product-vision driven companies when you poke a little. The symbolism is interesting there: the empty chair makes the company mindful of customers, but not led by them.

Buying your own bullshit/drinking your own Kool-Aid is a seriously underrated skill. It’s method acting in real life. The trick is being able to switch in and out of a true-believer mind-set as necessary.

How do you define being creative vs. being artistic? Is that an important distinction or not?

At the risk of offering a glib bon mot, I’ll say that art is self-conscious creativity. The self-consciousness makes art susceptible to what Bloom called the “anxiety of influence” in ways that raw creativity is not. I suspect such self-consciousness is more likely to hurt than help in leadership contexts. If you’re too acutely aware that what you’re creating in the form of a company or product is a work of art, you’ll probably screw up. Leave that to commentators and your memoirs. I’ve discussed with several friends recently the observation that the reading tastes of many great leaders seem surprisingly banal. I think that’s a good thing. Keeps them creative without turning them into artists crippled or led astray by the anxiety of influence.

Conversely, an attitude of ars gratia artis probably limits what you can do but rewards you with a richer inner life as compensation.

You’ve written that “start-ups are design fictions masquerading as businesses.” Would you agree with the idea that creative leaders are “celebrity fictions”?

They can be, but more so on Wall Street than in the start-up world. For public companies where CEOs must manage stock market expectations, the gap between the internal and external fictions of who they are becomes important. For private companies, it is more difficult and less important, since you manage expectations 1:1 rather than en masse. Easier to be yourself than wear 10 different masks for your 10 different stakeholders who know you more intimately than the stock market does. In other leadership contexts like politics, military, or religion, celebrity fictions are generally more important than in business.

What’s the role of fiction in the character of a business leader?

They must be good at composing it in the form of reality distortion fields. Sometimes they must also be good at believing it themselves. Buying your own bullshit/drinking your own Kool-Aid is a seriously underrated skill. It’s method acting in real life. The trick is being able to switch in and out of a true-believer mind-set as necessary.

In terms of your work in Tempo about pacing, would it be fair to frame one function of a leader as speeding up or slowing down the tempo of a business?

Yes. I would add: speed up or slow down in service of getting inside the decision cycle of the market and ultimately driving that. Control of tempo for its own sake is meaningless. Steve Jobs was again a great example of this. Compare Apple’s management of product release cycles to the chaos other companies create in their neighborhoods through poor tempo management. Pay attention to the tempo and relax your grip on the plot, and you’ll retain control and create chaos for the competition. Lose sight of tempo and overwork the plot, and you lose control and the competition will create chaos for you. In practice, in business, this boils down to “don’t run out of money” surprisingly often. Holding creativity constant, your ability tocontrol the tempo of events is largely afunction of your cash position. As you run out of cash, others start to take control of tempo in service of their narratives. Up to a point, you can overcome a cash disadvantage with greater creativity, but not forever. In non-business situations, it is useful to think more generally in terms of John Boyd’s ideas about patterns of conflict and the OODA loop rather than money. A broader point about all this is that while the economy as a whole is non-zero-sum, the space of grand narratives that shape our perceptions of the economy tends to be more zero-sum. Any control you gain over a contested narrative, and the resulting premium, is at the expense of others’ control. Our minds aren’t really wired to handle non-zero-sum narratives. You have to work pretty hard on your own thinking to get there, and it never feels quite comfortable.

You’ve used metaphors of intoxication to explain issues in business, notably unpacking “drinking the Kool-Aid.” In “Eternal Hypochondria of the Expanding Mind,” you emphasize the significance of this line of inquiry when you write, “We must also ask, what were they smoking?” In a world filled with Provigil and green juice, what do you think the chemical profile of today’s successful leader is?

If you mean literally, I’d say there’s been no real change in the mainstream, and I don’t think there is a characteristic chemical for the Internet era as opposed to the Industrial era. It’s still what Alain de Botton called the “hard takeoffs and landings of coffee and alcohol.” Maybe Red Bull instead of coffee. I think high-pressure business environments have always seen both legal and illegal drug use.

Leaders, I would guess, tend to be less under the influence than followers, and use different substances. In the U.S. it should be interesting to see what kinds of new businesses emerge in the states of Washington and Colorado, which recently legalized marijuana. Metaphorically, there really is no alternative today to drinking the Internet Kool-Aid, however you choose to define it. Resistance to a digital future seemed like a marginally serious position to hold 10 years ago but now simply seems pointless and clueless.

Whatever the future turns out to be, it’s clear that being high on the potential of the Internet is being on the right side of history. Fearing it, resisting it, or complaining about it is a self-fulfilling prophecy of sorts.

Venkatesh Rao is a writer, strategist, and author of the blog ribbonfarm.