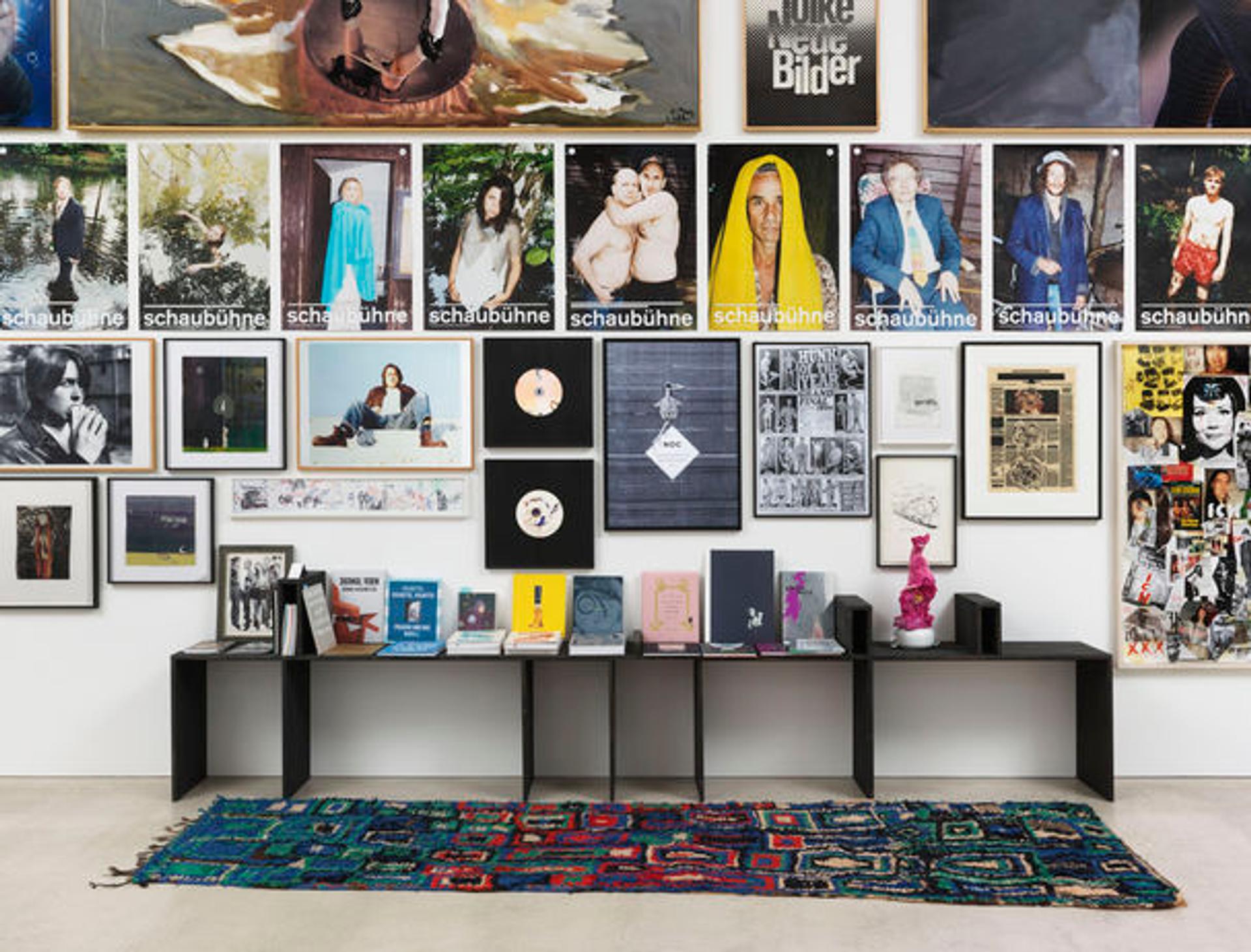 Contemporary Fine Arts gallery in Berlin has opened a pop-up shop on the ground floor of its David Chipperfield-designed space on Museum Island. Open until April 26, and called Front Row, the store is offering artists’ books, catalogues, DVDs, vinyl, paintings, woodcuts, sculptures, and paraphernalia associated with the gallery for a range of prices. 032c spoke with CFA founder and director BRUNO BRUNNET about the project and how he’s tired of just selling high-end art to an exclusive clientele.

BRUNO BRUNNET: The basic idea was to make a traditional analog exhibition. It also has to do with the history of the gallery—we’ve existed for 20 years now and for nearly half that time we worked without Internet. Whereas today the aim is speed, we’ve done so much work in our history that was thought out to the last detail, from exhibitions to books to editions, all meant to capture the fun we’ve had with artists in irreversible objects. But over the years these objects move further and further away, and eventually you might just see them in storage. The idea was to make them visible again.

But it’s also a pop-up store.

Yes, and the prices here are modest. You can get a T-shirt for 15 euro. If you’re interested in starting an art-book library, you can do it here for very little money.

What’s the most expensive piece in the store?

What’s your selection process for putting items in the show?

In the beginning the only thing we had were these Juergen Teller posters he did for the Schaubühne. I saw them plastered at a construction site about a month ago, and just asked Schaubune if we could have some to sell for them. It was the first thing we put up—hung 2 meters high in one long line. Everything else was installed around that. I didn’t have a precise idea as to what it was going to be, because it’s also a chance for things to come up, spontaneously. Next week the show won’t look the same as it does now. Some things go out, other things come in. Upstairs there’s a typical gallery exhibition. Here we just want there to be activity. People ask lots of questions, and there are a lot of stories to tell.

You’ve published a supplement in the German weekly newspaper Freitag? How does it relate to the pop-up store?

We decided not to create an invitation for the show, but instead publish a supplement in a local newspaper. Freitag isn’t a big newspaper, but it’s also not a secret, and we like that balance. They print around 20,000 copies. Our supplement is eight pages of content, and you can fold it up, put it in your pocket. And if you’re at the bar or a coffee shop, you can pull it out and say, either, “Did you see that stupid shit?” or, “You should go see this, it’s good!” It’s all about creating the buzz, opening up to a bigger audience, and hopefully not disappointing. That’s interesting for us.

There are also items here that aren’t made by CFA artists.

We’ve asked a number of friends and neighbours to join us with this. I’m tired of it always being about the high-end stuff. This is a mixture of possibilities you can’t normally do when you’re just selling art. We invited our old neighbor Thomas Wild, who deals Moroccan carpets, to participate. These carpets became very popular in the 1960s, especially for their association with modern architecture. Corbusier used them in his spaces. But some of these weren’t even meant to appeal to buyers. They were made with recycled scraps of burlap or materials given by the Red Cross, for the carpet makers’ private homes. But the creative freedom of these non-commercial pieces eventually started to appeal to Western tastes. Thomas will give a lecture in the space at the end of the month, focusing on carpets and art.

Yes, there’s Thomas’s lecture and then the week after next Roberto Ohrt, an art historian living in Hamburg, will come and hold a public conversation on Raymond Pettibon. Raymond will probably Skype in from New York, we’ll see. We’re ultimately interested in building a group of people to make interesting things happen. It might be an exhibition. It might be a book, a lecture, or a concert. If you want to be really professional, your place is not behind the desk. Your place is here out front. You have to talk, and you have to have the time to talk, and the will to talk to people, to tell them stories, and explain to them what’s going on.