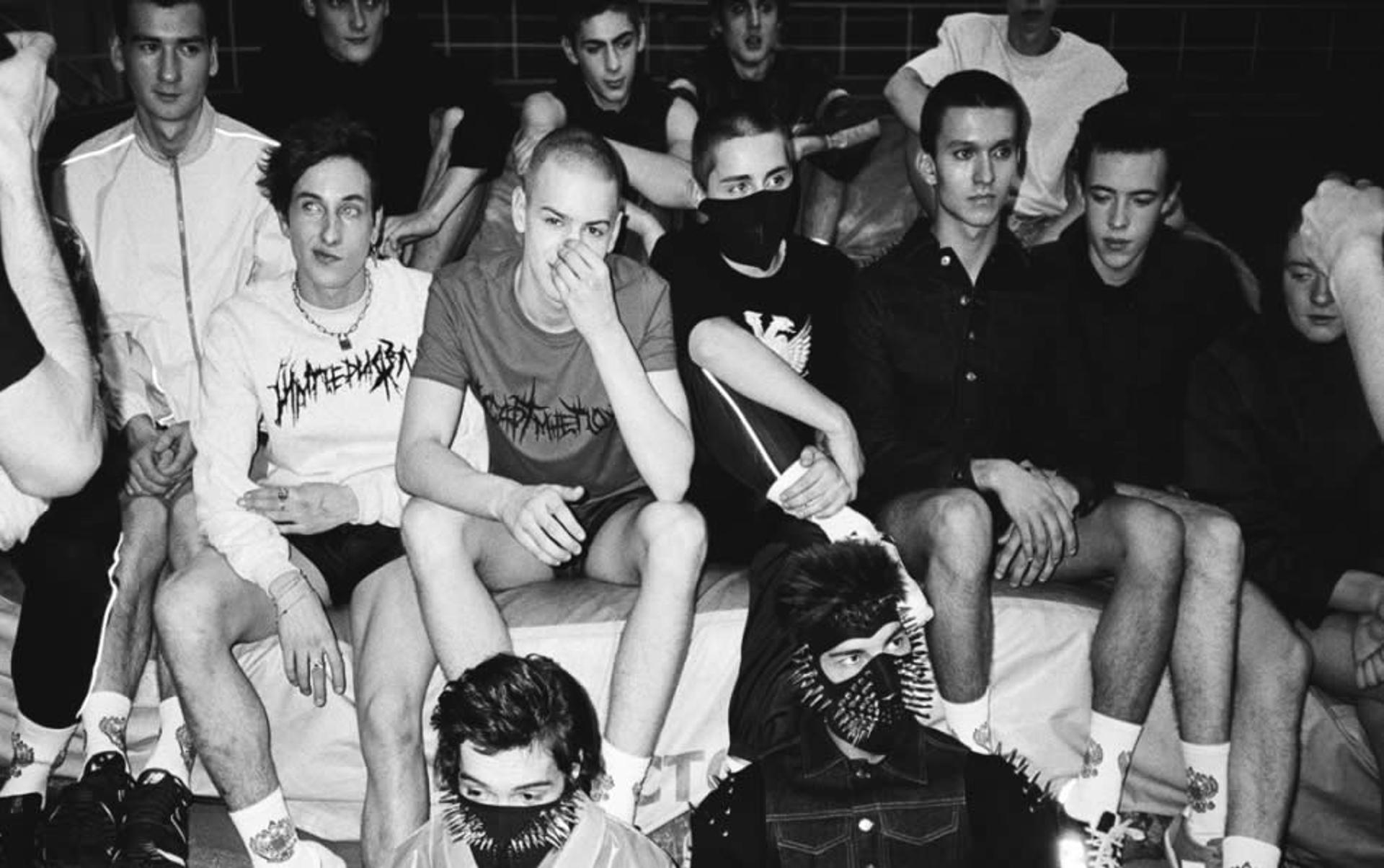 032c workshop / Joerg Koch is pleased to present a fashion presentation by Russian designer, photographer, and filmmaker GOSHA RUBCHINKSIY. At the age of 26, and having only completed three collections since the founding of his eponymous label in 2008, Rubchinskiy has enthused a cult following both at home in Moscow and abroad for his articulation of post-Soviet youth.

Rubchinksiy grew up in the aftermath of Gorbachev’s political and economic restructuring, or Perestroika—a key factor in the fall of Communism. Once an avid reader of OM magazine, Russia’s answer to The Face, Rubchinskiy infiltrated his country’s burgeoning fashion scene as a stylist and makeup artist, and after five years on the circuit, he decided to begin his own label, thereby splitting with Moscow’s sartorial glamor. His work has been described as “a personal take on the fetishistic uniformity of Moscow street gangs’ suburb sportswear, mixed with political paraphernalia.”

Included in the 032c vitrine are Rubchinsky’s photography of his subjects, photo-collages vividly colliding Russian architecture—both Orthodox and Soviet—with skate culture, and the designer’s own esoterica-inspired accessories and streetwear. Also exhibited is a video made in collaboration with sound and performance artist Aleksej Tarutz, titled after his recent collection, “Slave/РАБ.” In continuation with Rubchinskiy’s earlier video work, which documents the daily affairs of a Moscow skate clique, this video peers into both the romance and cynicism of the kids who inspire Rubchinskiy, and who also happen to be his models. “Fashion is just part of this world I’m building,” the designer once said. “The kids who inspire me are the goal of my work. I do it for them first of all.”

To Know Russia, You Must Skate It