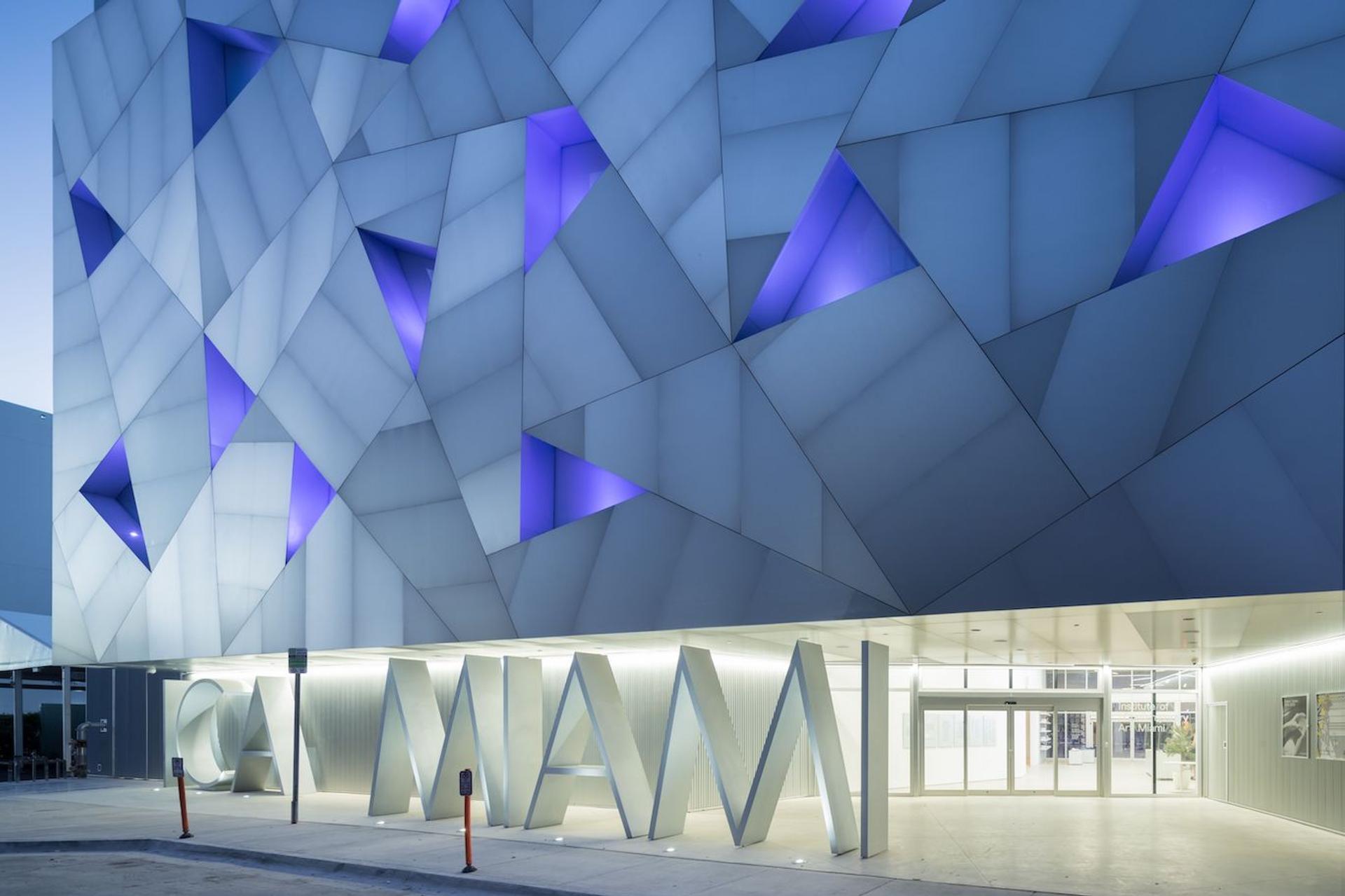 To many New Yorkers, Miami is a tropical satellite city that only comes alive during Art Basel. But Miami’s pastel Art Deco presence in the global imagination is now being punctuated by the glittering glass of office towers and the concrete wash of reclaimed post-industrial spaces. Joining the ranks is the Institute of Contemporary Art, Miami, which opened the door to its permanent home in the Design District on December 1.

The man behind it all is the Chief Curator Alex Gartenfeld. At just 30 years of age, Gartenfeld has fast-tracked through the traditional museum hierarchy to find himself inaugurating ICA Miami’s permanent home, while also curating the fourth edition of the New Museum Triennial, which opens in February 2018. Just eight years ago, he conceived the first of his famed project spaces, Three’s Company, out of a tiny Manhattan walk-up. Even then, as a fresh college graduate, Gartenfeld displayed the sensibility that the “contemporary” is something constantly built by young thought-laborers.

Ahead of the museum opening, 032c’s Yae-Jin Ha spoke with Gartenfeld about staying current in the city that’s on the move.

YAE-JIN HA: What does Miami bring to the global art world ecology?

ALEX GARTENFELD: Miami is a new city. It is “built for the young.” It’s a city that is very much thriving on growth dependant on art, cognitive capitalism, as well as its reputable border town relationship to the global south. I think these are some of the most interesting and problematic phenomena that we find today, and the role of the museum in these types of new cities is new and complex.

The opening of new ICA Miami follows the string of museum revamps that have been taking place around the city in recent years, like Perez Art Museum Miami and The Bass.

We are the only museum in Miami that’s dedicated exclusively to global and contemporary art. As made clear through the curatorial programming of the inaugural exhibition, “Everyday Studio”, this museum really seeks to link the important history of postwar art to the most contemporary work of our time. It’s an ode to a city whose literacy was built upon the foundations of postwar art. We are also the only museum in the city offering free admissions, which is a rarity for a museum of our scale.

What would you say is the role of the contemporary art museum today? Even the word “contemporary” has become so trite.

Central to our exhibition programs is this idea that museums can be places for contestation. The inaugural exhibition is much about the traditional ideas surrounding the studio persisting to this day as this idea of looking forward by looking at what remains of our past. An artist’s studio as this mythologized, historicized convention, which would seem to be almost out of fashion in our political and economic climates – for our team to choose that as a subject seems surprising. It’s a provocation.

Can we think of a museum as a content creator in this digital age?

A museum, like an artist’s studio, is essentially a structure and a platform. And certainly we believe that museums can be places for contestation. It has relationships to media and so has the power to communicate certain ideas and values. And it succeeds when it’s done self-reflexively. For my general practice, it’s my responsibility to be extremely current.

Exterior of the Institute of Contemporary Art, Miami.

Gallery view of the Institute of Contemporary Art, Miami.

You started out your curatorial career by running galleries out of your LES apartments in New York – Three’s Company and West Street Gallery. Is it fair to say that the same spirit of your apartment project spaces lives on in this new exhibition?

I’m not sure how much it does. I would say both were as much a programming spaces as they were social spaces. That’s not to say they weren’t critically minded. The other thing about those two spaces was that they were very much indexes of the way I, we, were living as young art professionals in NYC. This idea that architecture and space are reflective of their relationship to the city and creative production continues through our programming.

In the new building, the northern facade’s curtain wall of windows opens up to the surrounding cityscape. This seems to cement the museum’s mission to become an integral part of the community.

The new building doesn’t rely on architectural spectacle. It has a very civic sense of proportion, which ties into its responsibility to talk about social, economic, and material reality of living in a city that’s on the move. The museum sits on the boundary of the commerce-driven design district to its south and the historic, residential Buena Vista to its north. And architecturally and pragmatically, we seek to hybridize those two audiences.

Another defining feature of the new museum is the Project Space dedicated to first museum solo exhibitions for young artists.

This is where Tomm El-Saieh will get his institutional debut during the inaugural exhibition. He is a Haitian artist living between Port-au-Prince and Miami. His abstract paintings primarily deal with the complex role of representation in traditional Haitian iconography.

You have been simultaneously organizing the New Museum Triennial, which also focuses on emerging global contemporary art.

It’s a show that foregrounds the idea of globalism in a time where deep questions are being asked about its role and values. Equally problematic is this idea of speculation on an artist and the problem of how creative information is received and projected into the future. Central in many exhibitions over the last three to ten years has been the role of technology, specifically a role that’s treated as Utopian. And I think what we have seen globally over the last two years is a much more nuanced, dystopian impact of technology on our day-to-day lives, as well as the economic and social lives we lead.

Institute of Contemporary Art, Miami is located in the Design District at 61 NE 41st St., Miami.

Approaches to the History of Art