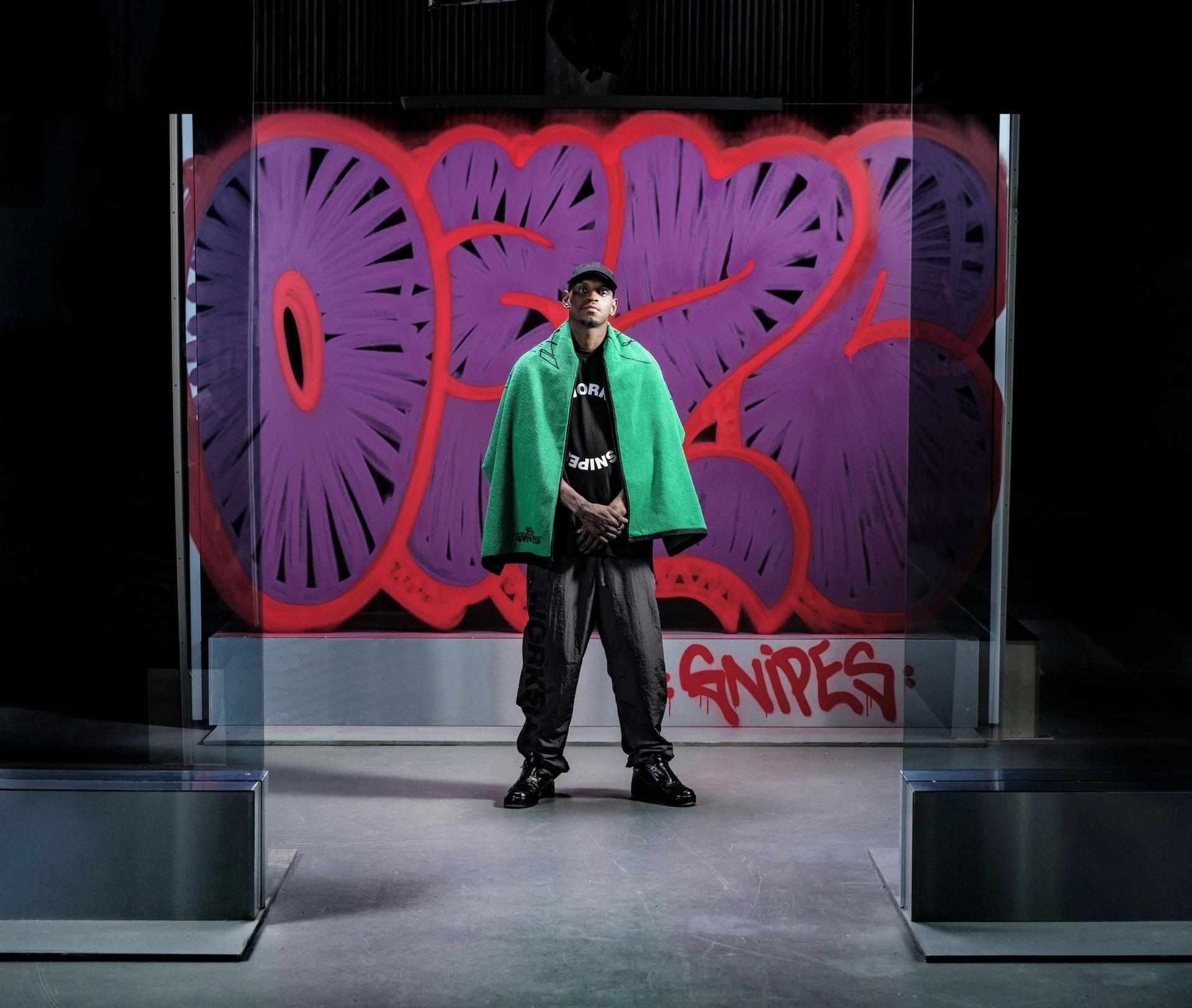 A vibrant cast of characters – including rapper Ufo361, DJ and designer Max Kobosil, and stylist Bloody Osiris – gathered in a new storefront on Berlin's Kantstrasse last night to celebrate the launch of a new capsule collection by 032c Workshop and Snipes. The "Trillmatic" rapper A$AP Nast stars as the face of a new campaign shot by Max von Gumppenberg, which is charged with the "90s-era nasty" flair that Nast keeps alive in his music.

The 19-piece, unisex collection, which drops on March 5, 2022, represents the symbiosis of two brands and the merging of two seemingly disparate worlds. "There is no low or high, there is just culture," according to Snipes, who sought to meld their own "concrete-infused street culture" with 032c's unique vantage point.

The collaboration includes all of the streetwear classics – hoodies, tracksuits, t-shirts, and caps – and a few surprising standouts: a metallic windbreaker, a utilitarian tech-wear vest, and a terry-cloth tote-bag. Original artwork by the 1990s graffiti legend Mode2 appears in the form of graphics, prints, and embroidery throughout the dark and moody collection, which includes accents of kelly green. Titled "Breaking Barriers," the 032c Workshop x Snipes collaboration nods to the edge and grit of hip hop's origin story in a way that feels futuristic, rather than nostalgic.

Radicalizing the Youth of America with TRAVIS SCOTT